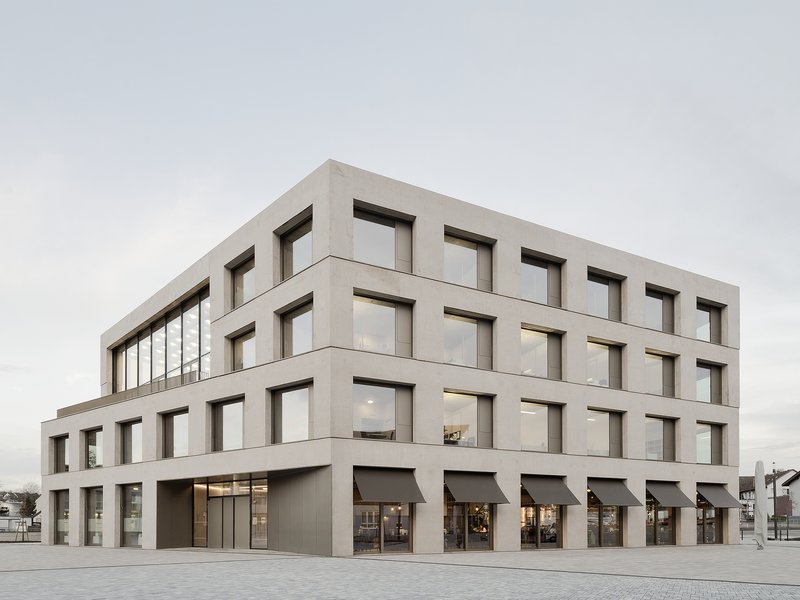 The new town hall in Remchingen, situated on a prominent site between the federal highway B10 and the green space along Pfinz River is conceived as a new centre for meeting and communication. Its immediate vicinity is dominated by the Remchingen Cultural Centre and a nursing home, which are discrete, self-referential freestanding buildings that do not form an urban spatial relationship to one another. In order to sustainably improve this situation and establish clear edges to the public space, the building was designed as a refined, pentagonal urban element that has no rear sides and shows its architectural presence both to the newly designed market square and to the two street fronts. The new building self-evidently positions itself as an open house for the citizenry, with its form responding precisely to the important spatial relationships and defining a new centre for Remchingen. While it clearly looks like a prestigious detached building, its form logically derives from the urban context and thus it also mediates between the existing buildings. An open plaza now joins the new building ensemble of town hall, cultural centre and retirement home to the landscape of the Pfinz.