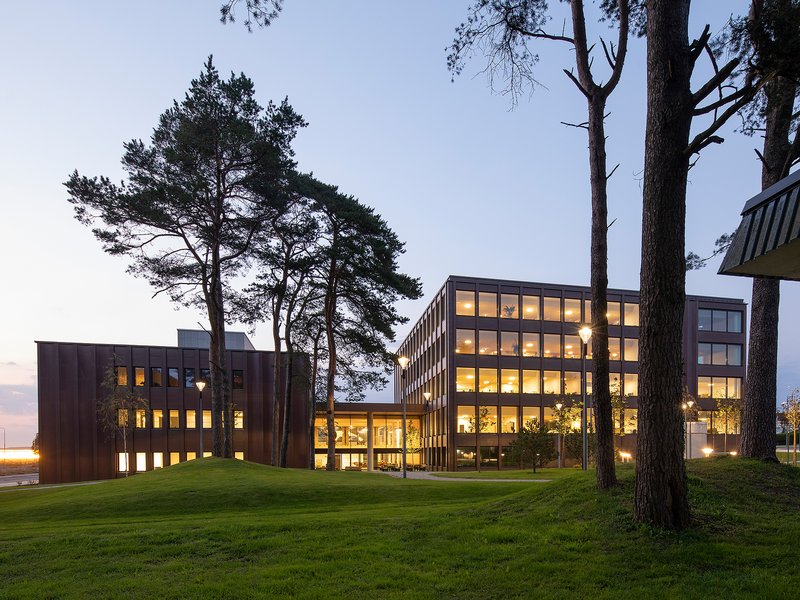 Sola is a small town on the west coast of Norway. The new town hall replaces an existing town hall on the same site. The project consists of a new building, renovation of an existing wing, new public car park, town square and park. The existing wing is a concrete building from the 1970s. Both the new building and the existing wing are wrapped in the same brass façade, such that they read as a new continuous building complex. While the building has a clear civic character, it is also modest and open to the community. Public functions are located along an axis on the entrance level facing the new square. The Town Council Chamber is centrally located in the building volume on the ground floor and is illuminated by a lightwell that also provides daylight to the workplaces. The Council Chamber has a fully glazed wall that exposes it to the foyer and the Town Hall Square, allowing the citizens to see the activities of the politicians and directly reflecting the democratic values of openness and transparency. There is a publicly accessible, double volume canteen as well as meeting rooms in the connection between the two main volumes. The interior makes extensive use of natural materials and natural colours such as pine, earth-coloured woollen carpets, and natural-coloured ceilings of wood wool cement. All workplaces are lit by natural daylight.