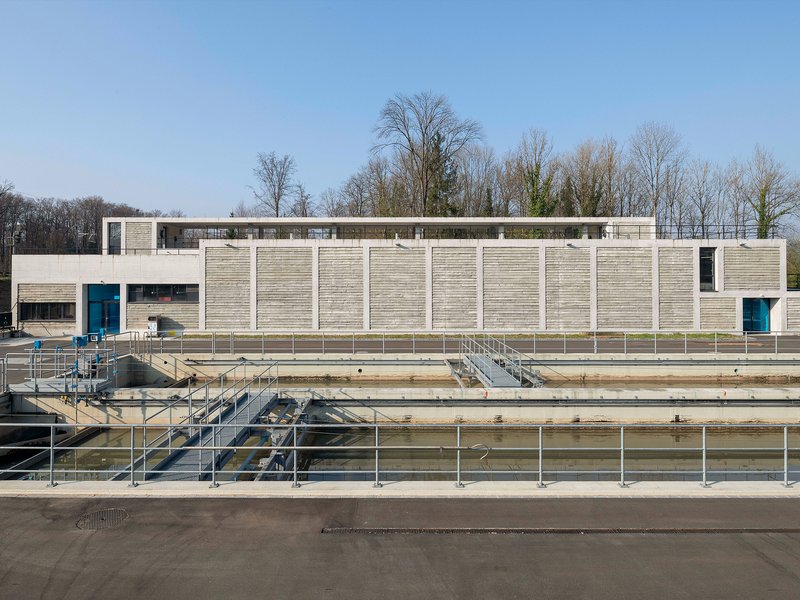 The wastewater treatment plant forms a geometric clearing in the middle of the floodplain forest of the reservoir. With the new construction of the biofiltration, the capacity of the plant has been increased and at the same time converted to an environmentally friendly technology. In keeping with the modern tradition of «form follows function», the structure of the building has been inverted and is reflected as a skeleton in the façades. The façades are thus structured and, at the same time, reveal how the facility functions. In the context of flood protection, the contours of the site were also formally specified and structurally consolidated. A system of slabs and panels in concrete forms a watertight structure on the one hand and creates sufficient stability to absorb the high water loads and pressures on the other. The exterior walls are not clad; instead, the exterior concrete walls form the façades. A special formwork was developed so that they would meet this requirement. Raw boards were applied as fields to the large-surface formwork. In the cast, a negative image of the former alluvial forest, which was felled to make way for the new building, is created. At the same time, the long, open facades are textured and thus blend in well with the alluvial forest.