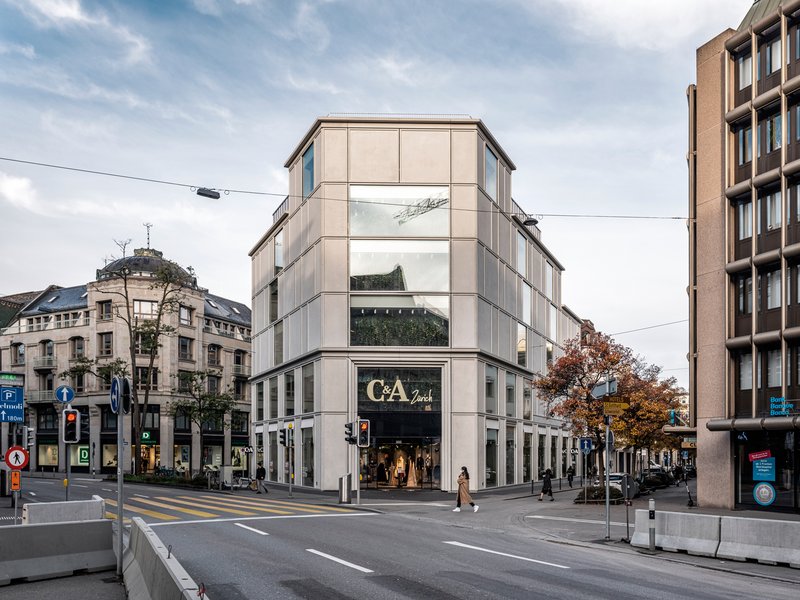 A retail clothing store on a prominent location receives a new look. The new façade concept creates an open dialogue from all levels of the building to the surrounding urban space. The typology of the existing department store with its hermetically sealed façade is brought into question. The aim is to reconnect the building to the adjacent streetscape by means of inviting perspectives and openings. A «display case» serves as the design theme for the façade. A homogeneous skin is developed resulting in a prominent grid pattern with closed and transparent infills. The tectonic structure of the façade uses subtle detailing to refer to the classical design principles of the contextual urban structure. In order to create a harmonious relationship to the surrounding stone façades, the opaque façade panels and the glazing framework are fibre cement. In addition, the façade planes can flexibly react to future adaptations of building function without affecting the overall design concept. The project was developed in close cooperation and in a discursive process with Zurich’s Department of Building Construction. In addition to the new façade concept, the existing building was entirely renovated in terms of structural, mechanical, electrical, plumbing, energy, fire protection aspects as well as taking pollutants into account.