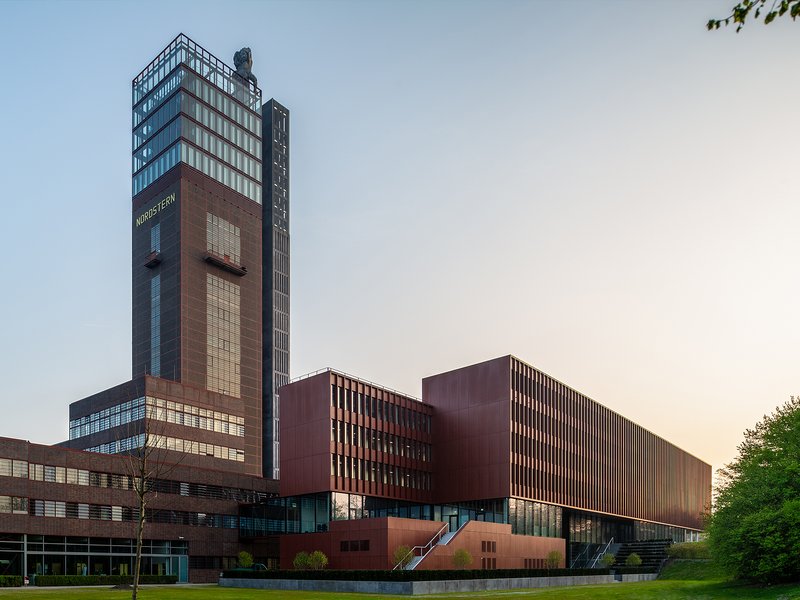 An additional administrative building for approximately 300 Vivawest employees has been planned for the area of the former Zeche Nordstern mining site. The former mining site has been the real estate group’s headquarters since 2012. The objective of the architectural competition was to come up with a representative, functional and sustainable building offering approximately 6,500 square metres of usable space replacing the former boiler house façade, which would integrate into the Campus Nordstern where part of the development is heritage-protected. JSWD’s emphasis was to view the new construction, not as a solitary building, but rather as an integral component of the campus. The existing principal building with its prominent height, which is visible from afar, remains the top address. The incorporation of essential design features of the surrounding industrial architecture in terms of scale, proportion and materiality shapes the buildings into a recognisable unit thereby creating a powerful appearance for the surrounding campus. A transparent, inter-building communication level has been added between the basement and the four office levels of the approximately 120 metre-long new office building. Skywalks connect the main building and workshop at almost the same level to this «[Coal] Seam Level». The levels above will accommodate new work areas.