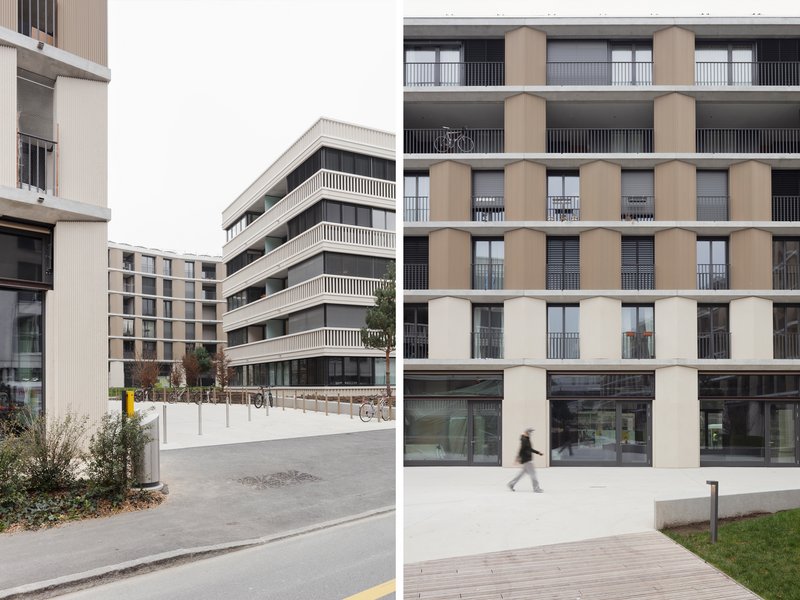 The new district of «Les Halles»

The new district of Les Halles in Morges is located on a former railway line. The urban centre is extended to the intersection of the railway lines and the motorway, continuing the existing morphology. The scale of the existing blocks on Rue Centrale to Rue Saint-Louis is preserved. The size of the buildings gradually rises in the direction of the railway. The urban shape is held by an elongated building adjacent to the railway tracks and by an urban block facing east from the Place de la Gare. Remodelled, it opens towards a new pedestrian shopping precinct, providing an extended and continuous public space. Surrounded by shops, it meets the current needs of the city of Morges and creates a new heart for the district. Its morphology refers to the main street of Morges’s historic centre. The plasticity of the three buildings façades in the composition contributes to the definition of a complex and articulated urban space. From a programmatic point of view, the district, which already benefits from excellent transport connections, accommodates the elements of a balanced urbanity. In addition to the new station, offices, shops, housing, a school, a nursery, a car park and a large pedestrian zone have been created. Particular attention has been paid to flow management, freeing the ground from any vehicular traffic and making space for soft mobility.