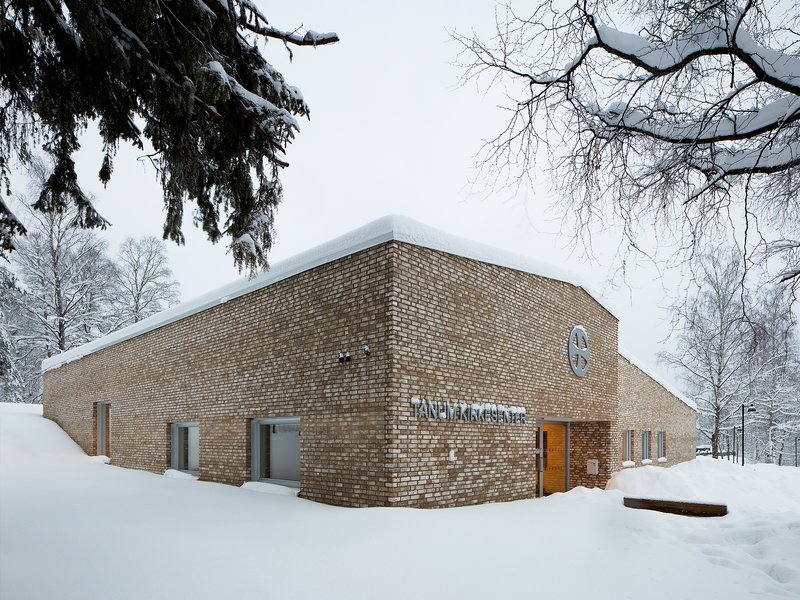 The new parish centre is situated close to Tanum church and cemetery, which are of significant cultural importance. The relationship between the existing church and cemetery and the natural landscape was an important design parameter. The new building has a restrained appearance, but at the same time clearly reads as a public building with a sacred character. Landscape interventions have been minimised and most of the existing trees have been preserved. The new volume is built into the hill on the east side of the site. The building has a simple wooden construction, built with prefabricated elements. The façade is clad with light brown bricks that blend in with the surrounding landscape. The low-pitched gable roof has its ridge centred above the entrance. All functions are contained on one level. The floorplan is split between a public zone with vestibule, an auditorium and a meeting room, along with a private zone with offices for employees. The auditorium can be divided into two rooms. The ceiling has two arches of different radii. At each corner, large windows frame views of the landscape and the historic church. The public rooms have an interior cladding of light pine veneer on the walls and pine wood slats for the ceiling.