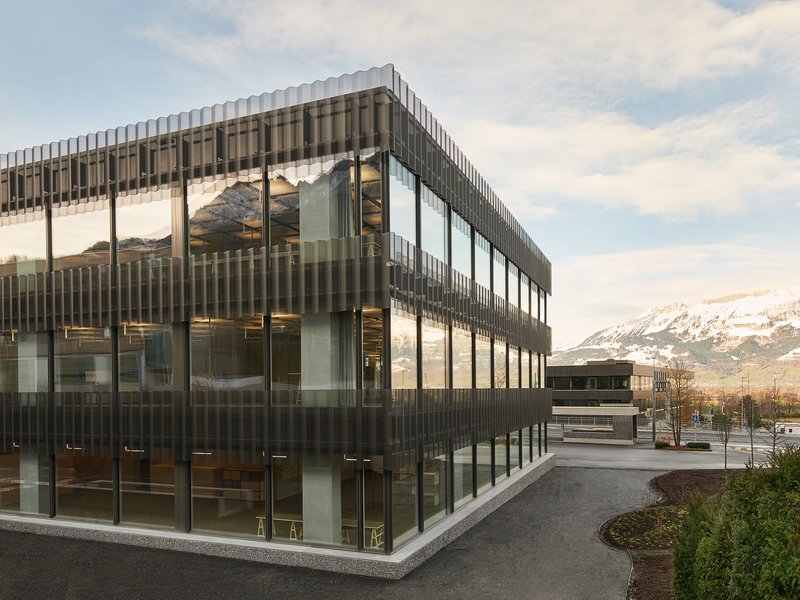 The «Office Mitte» building forms the structural backdrop to the welcome square and replaces a former industrial warehouse that originally stood on this site. The result is an interrelated ensemble with the neighbouring buildings on the Hilti campus between the park and the Feldkircherstrasse. The building consists of two cores, a central courtyard and the building shell. The interior is defined by its support-free construction and prestressed ceilings which make it ideally suited for an open plan office landscape and flexible occupation by the Vitra company. The building shell is made of prefabricated windows set behind a curtain wall consisting of deeply profiled perforated sheet metal. The interior is characterised by a robust load-bearing structure in exposed concrete, partition walls in ash veneer and independent building services engineering via the ceiling elements, which are responsible for cooling, heating, acoustics and serve as reflectors for indirect lighting purposes.