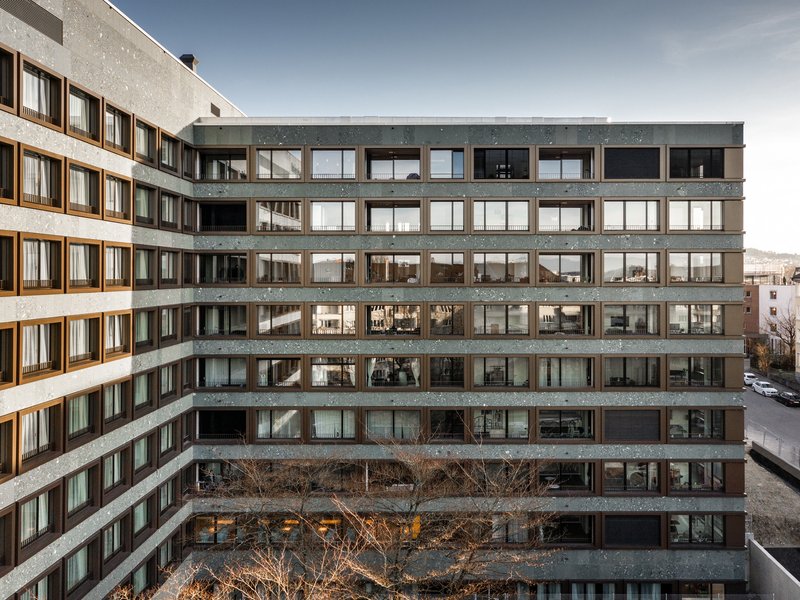 The «Schönburg» building of Swiss Post was planned as an administrative building by the architectural firm Theo Hotz and built in 1970. At the time, it offered space for around 1,400 office workers. With its cruciform volume, the building is striking and stands out at its location on Viktoriastrasse in Bern. Due to the crystalline clarity of the large shape, its urban hinge function, spatial appearance and elegant materiality, the City planning committee in its report from 27/01/2012 cites the edifice as one of the most important buildings in Bern constructed after the 1960s. In the cruciform structure, the south wing as well as the east and west wing are now allocated to residential use. The north wing is reserved for hotel use. The aim was to work with the existing building structure as much as possible and to use existing conditions in a targeted way to create high-quality residential and hotel areas. The annexe on the eastern side of the building will be completely dismantled and replaced by new town houses. A new façade will communicate the building’s future identity to the outside world while an extensive renovation of building service engineering also applies sustainable re-development practices «inside». The quality of the park-like surroundings including the generous entrance area will be preserved.