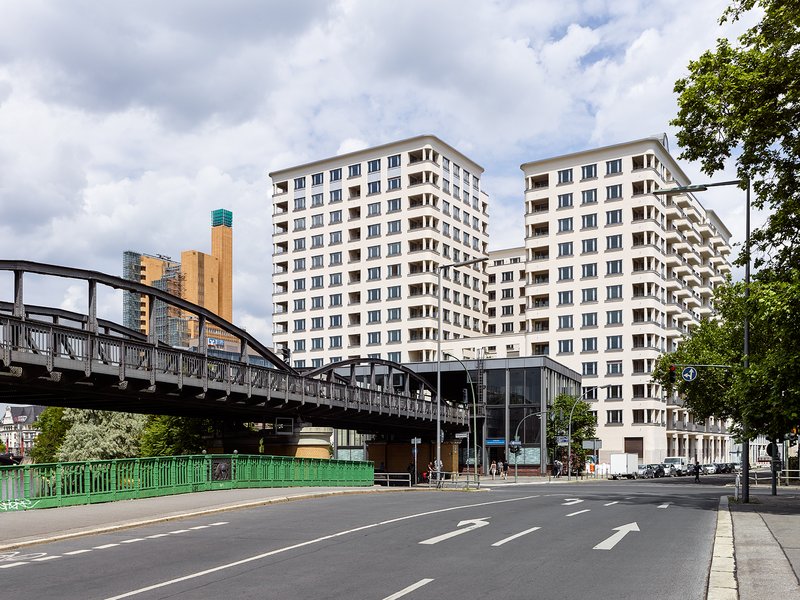 The building is situated in the Potsdamer Platz area of Berlin and forms the southern end of the development along Köthener Straße. It contains commercial units on the ground floor, above these a hotel and a total of 165 apartments on the upper floors.
The Mendelssohn Bartholdy Park underground station, which is largely supported by pillars, is located on the eastern half of the property and bends from south to north in a slight curve. The station is covered with a 20-metre high building podium. To the west of it – almost parallel to the existing underground station – is the route for the future S-Bahn line 21. Thus, the building structure on the lower floors is «intersected» by the aforementioned routes on a north-south axis.
The new development is divided into the following sections:
Above the building podium that defines the street space, the building dissolves into three separate structural elements. Two tower-like structures on the side of the Gabriele-Tergit promenade and a bar-like structure along Köthener Straße frame the shared, landscaped «garden level» above the fourth floor. A three-sided colonnade connects the three structures with each other and contains the main entrances to the residential units.