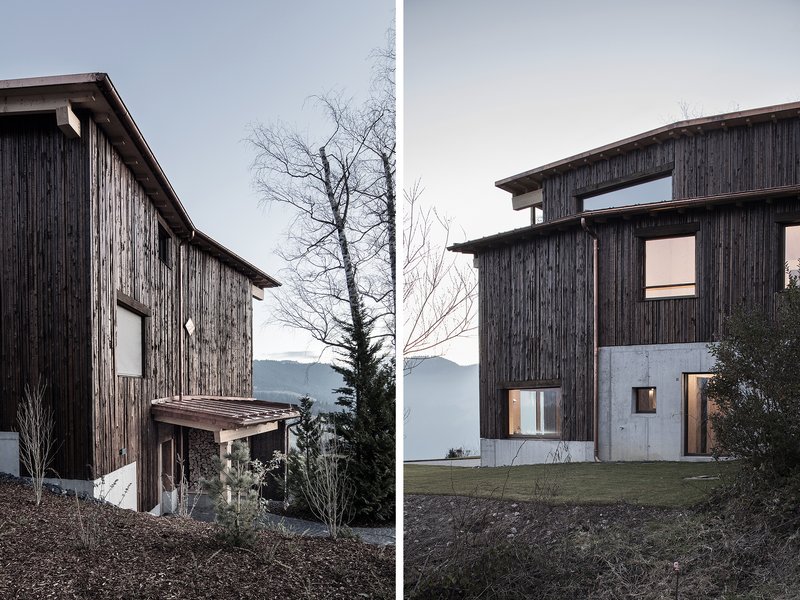 This wooden building is part of the hamlet of Böschi which is situated on a south-east facing hillside above Oberägeri. The rural location is defined by the structure of its settlement, by farming and the surrounding forests. On the hillside, around 40 loosely grouped buildings form a community which, as a relic of 20th century planning, perfectly meets the desire for an idyllic village in the countryside with beautiful views. Here, a wooden house without heating had been in use as a holiday home since the 1950s, but no longer met present-day requirements. The new building wants to blend in as an ordinary part of the landscape and leave as much space as possible to the neighbouring house to the north, which acts as a type of end point. The tall birches are key to the village’s identity and create a beautiful composition in conjunction with the house. Built perpendicular to the topography on the side facing the hill, the house subsequently undergoes an urban development motivated twist towards the settlement. This movement and the birches together allow for the creation of a beautifully framed entrance area, anchoring the house to this location.