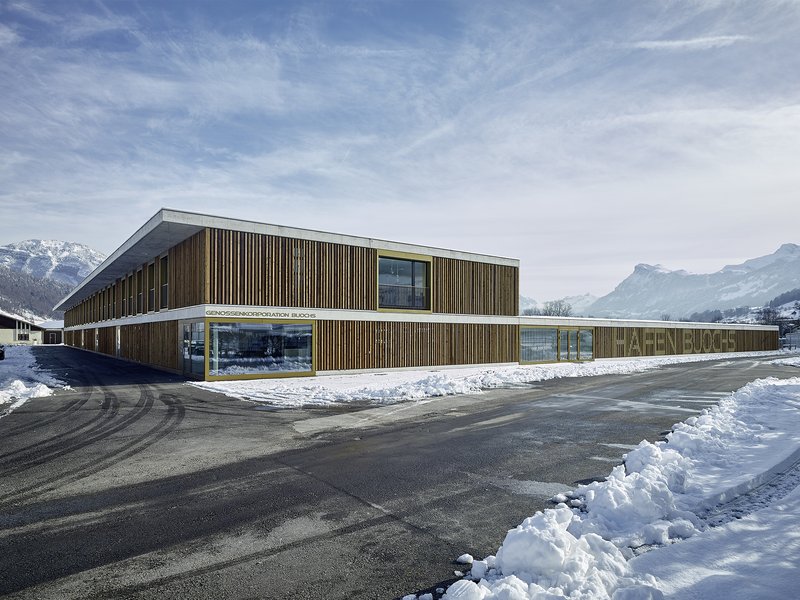 The harbour facilities in Buochs were constructed in several phases since 1963. The entire complex is located in an environmentally sensitive area and is an important local recreation zone with heavy sports and leisure use. The programme, which was the result of a competition, not only includes a new inner harbour, but also the expansion of the outer harbour as well as the replacement of ten holiday apartments. In addition, the aim was to construct a water sports centre for the local canoe and sailing club in the same area, as well as infrastructure buildings for the nearby campsite. In order to create a clear point of reference in the dispersedly developed flood plain, the various different uses were centred around a new harbour area, which has become the central arrival, distribution and recreation space for all users. In addition to the harbour and water sports centre, this is also where the new service building for the campsite is located. The harbour itself was designed as a large U-shaped structure which encloses the new basin on three sides. Covered moorings have been created in the protected inner area while the apartments, developed in the form of terraced units, and the offices of the corporation are in the North-East wing. The buildings on the harbour site are characterised by a uniform architectural aesthetic. Open and closed sections are grouped by a uniform wooden façade, which brings all the different usage areas together in a serene overarching structure