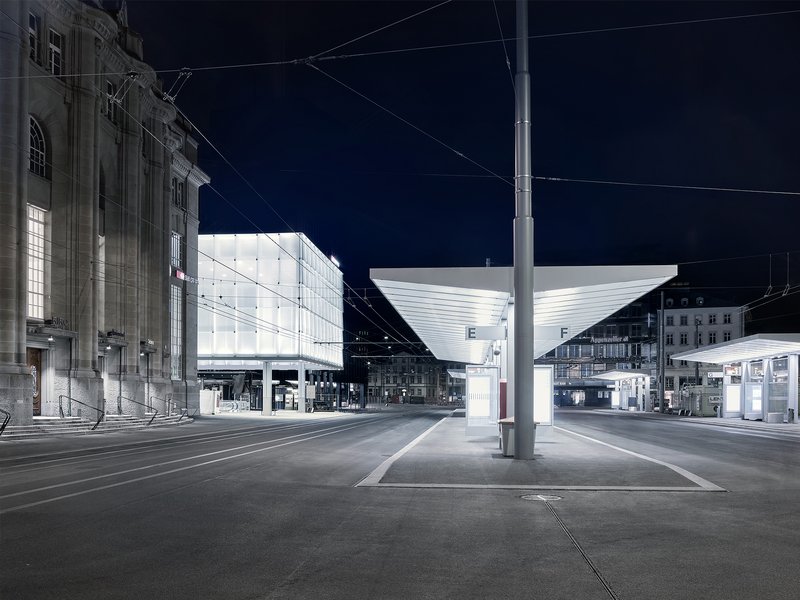 The existing urban space of the station square is characterised by its historic stone architecture. The new aboveground interventions in the arrivals hall and waiting rooms were developed as light steel structures in line with the Japanese term «Akari», which means brightness, light and weightlessness. The new arrivals hall occupies the formerly empty space and completes the spatial setting in accordance with its model, the «Piazza delle Erbe» in Verona. At the same time, the arrivals hall slightly projects out into the square, highlights the actual point of arrival and departure by differentiating itself from the convex façade of the station and so creates a new focal point. The interior, which is bathed in light during the day and forms a shining cube at night, provides orientation. It also appropriately expresses the transition from the town to the world of rail, as well as the transit to other, different modes of transport. The waiting rooms with their translucent roofs, for their part, create bright, shadowless and pleasant waiting areas and, at night, their artificial light turns them into safe places offering good orientation. The renovation of the two pedestrian underpasses provides suitable spatial connections to the platforms as well as to the north-western part of town.