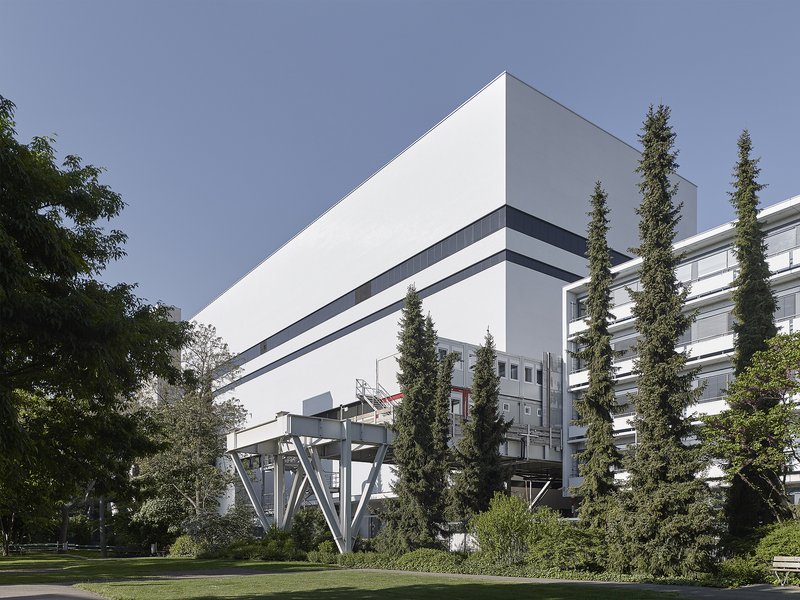 A storage and logistics building designed and added to several times by Roland Rohn, Building 41 on the Roche compound in Basel will be expanded further by an additional automated high-bay storage unit. Through a new building shell, the extension will be used to unify the volumes, which in ground plan are slightly staggered, thereby lending the building a stronger presence and making them compliant with current energy regulations. At the same time, the zone between the existing fabric of the compound and the new façade assimilates the additionally required vertical elements. The gleaming white façade set on top of a light concrete plinth, materialised in glass ceramic with different degrees of gloss, is divided by four narrow, slightly recessed, and horizontal bands with a dark appearance, which contain the windows of the office floors, and are articulated to distinguish the old from the new joins, or, as in the case of the uppermost strips, are different for technical reasons. In its modified state, the elegantly proportioned building, with its light-dark contrasting banding, that will reach a height of 40 metres maintains the traditional image of the buildings on the Roche compound not only as a matter of course, but also in an independent way.