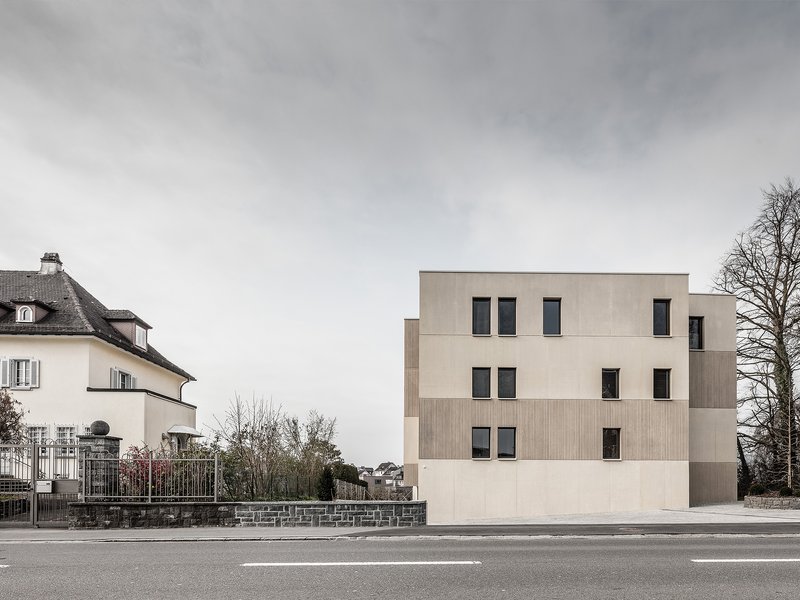 Along the entrance to the village are several historical buildings such as manor- or farmhouses. The concept of high-density building gave rise to the idea to turn the former detached family house into an apartment building with six residential units. The proportions of the surrounding area were analysed and applied to the new build. In response to the environmental influences, the building presents a clean-cut front and rear aspect. The minimised surface of the façade borders the road en bloc while its angular deflections fan out towards the south. This establishes the greatest possible relationship with the view. The interior is characterised by alternating closed and open spaces that result in a freer sequence of rooms and different visual references. The materialisation was carried out in exposed lime concrete whose different surface treatments give the façade structure. Both the smooth exposed concrete formwork as well as the vertical cavities integrate well with the built environment.