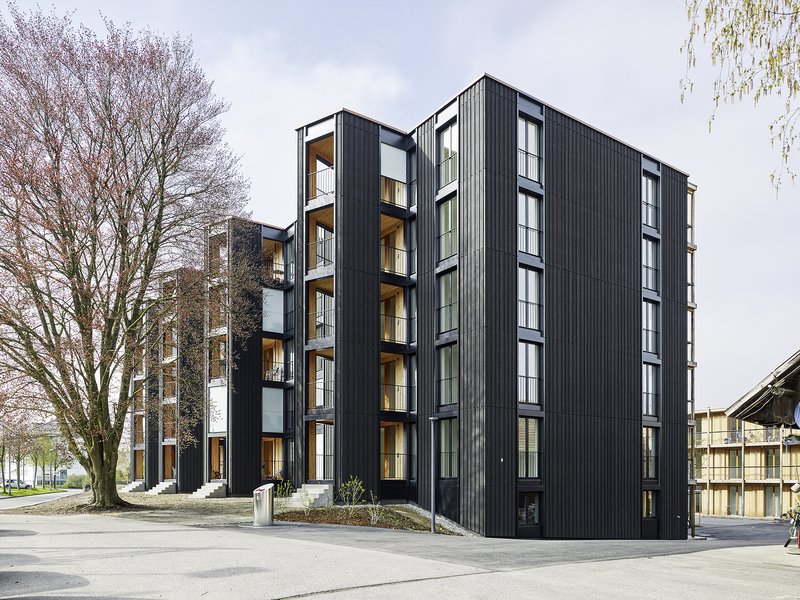 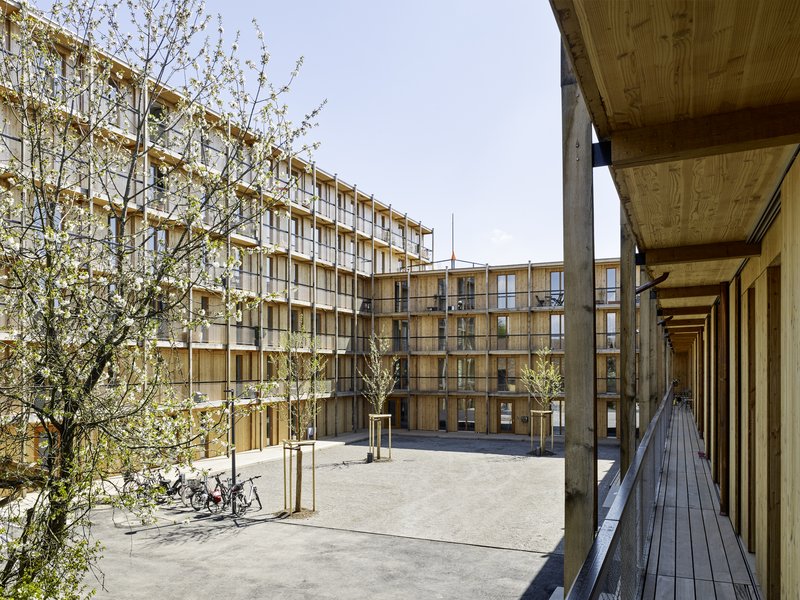 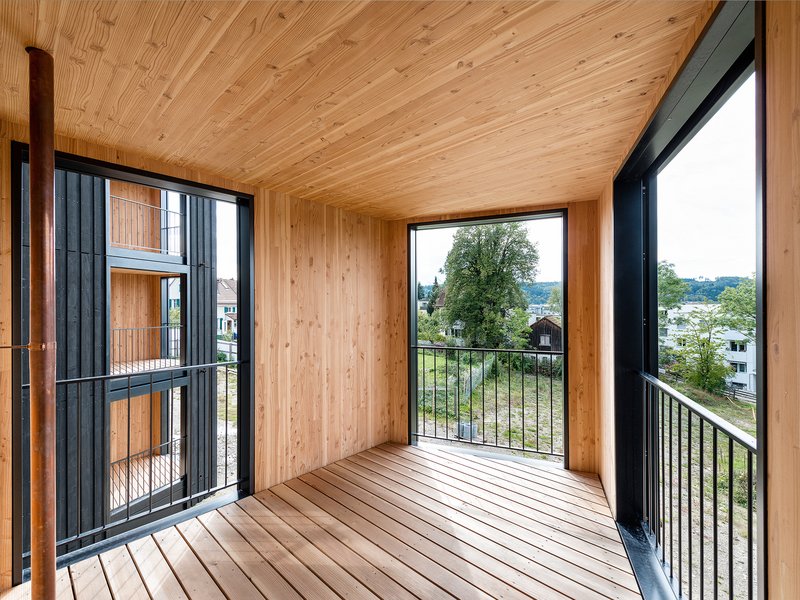 The plot of land near the Winterthur-Seen (Lakes) train station, owned for decades by the Hagmann family, displays a distinctive topography. It can be divided into three sections: a higher area in the south-east, an incline sloping down in the north-west direction and a low-lying area along Grundstrasse. As the clients for the project had deep roots in this district, the planners saw to it that the new complex would preserve both the identity and the basic qualities of the surroundings. This was achieved by limiting the volumes in the areas above and below the slope. The hillside itself can thus serve as a generous outdoor space for use by residents of the new housing development. The existing commercial building on the site was integrated into the new residential project. A joint medical practice in the new building complements the ensemble, creating a vibrant mixed-use setting in which to live and work.

»This residential ensemble is a prime example of how housing densification can provide a positive impetus for a village. The spatial qualities already present were strengthened, integrating existing commercial buildings and creating workplaces and facilities for community use. Precise architectural means are used here to create a scale appropriate to the context.«

In the first building phase, 50 rental flats were realised on the construction field on Arbergstrasse. The building has an inner courtyard that creates a semi-public meeting place contrasting with the private outdoor spaces. A layer of verandas on the courtyard façade serves as a filter between courtyard and living rooms. With its staggered heights, the building responds to the topography, the varying neighbouring uses and the noise coming from the trains next door. The residential building in hybrid timber/concrete construction complies with the guidelines of the SIA Energy Efficiency Path (2000-Watt Society).

»Even we can only put fragments, but we try not to raise this fact to style. Our architecture is not one of the built images, but the search for concise structures that are open to the images of use. We are fascinated by the directness of pragmatic action and try to pursue the same uncompromising goal in our projects. It is not the simplicity that satisfies itself, but rather the simplicity of the immediate.«

»The relationship between space and program is always in the foreground of our work. The nature of the room, characterized by the materialization, the proportions and the lighting, forms an important part of it. The aim is to create powerful spaces that have their own atmosphere.«