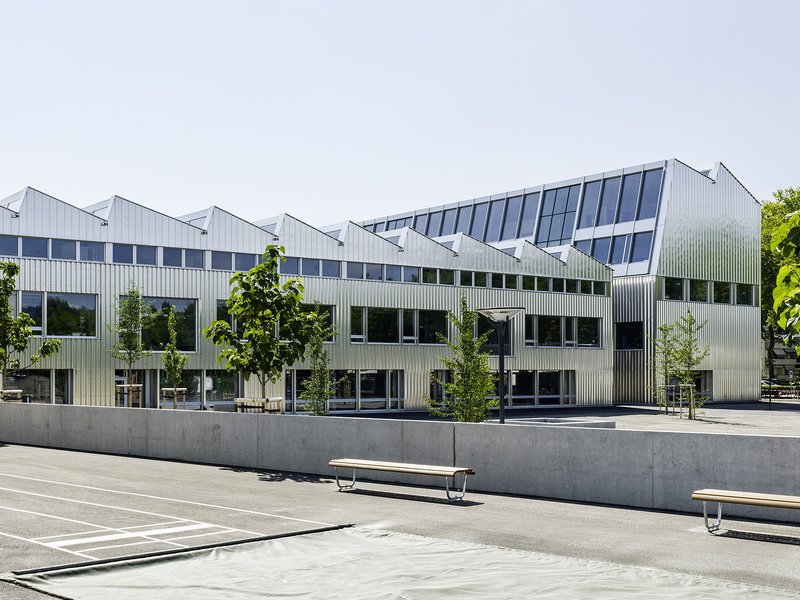 In a former industrial area that was dominated by large factories with sawtooth roofs, a new residential neighbourhood is planned. The project for the school acknowledges the history of the location through its architectural formulation, which gives the school its specific identity. In the big, three-storey school building, day care and the kindergarten are directly accessible from the outside through separate entrances, while the primary school on the first floor and the middle school on the second floor are each accessed by their own staircase from the central lobby. On each floor, two large «streets» provide internal access to the different departments. A sports building with a triple gym and auditorium, built in exposed concrete as a contrast to the metal-clad school building, marks the end of the complex towards the railway tracks.