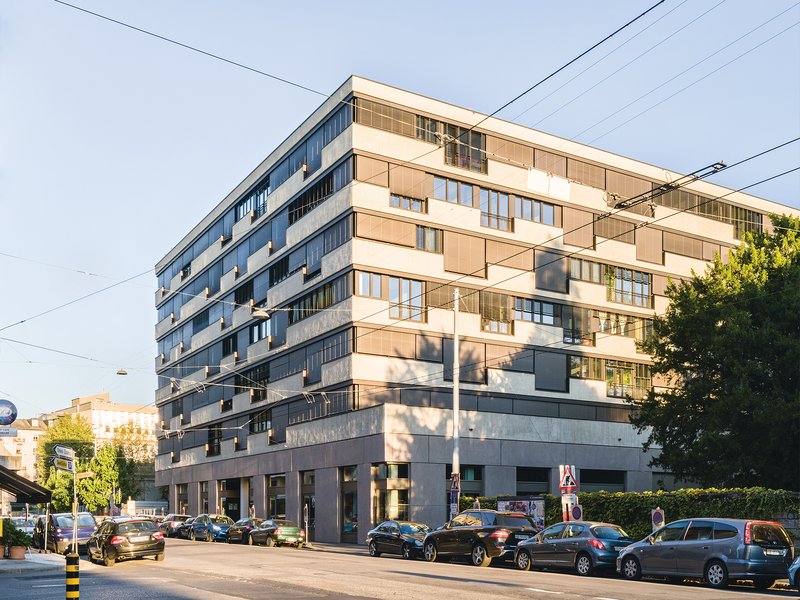 The project is part of an urban eco-quarter comprising 318 housing units and numerous public facilities in the La Jonction area of Geneva (former site of the Artamis cultural centre). The building has 114 units spread over six floors, a common room, areas for various commercial and cultural activities on the ground floor, and a museum’s warehouse on the underground level. The project brings together two forms of housing, loft and social housing, to shape a hybrid called a «social loft». This is a response to the diversity of lifestyles in our society and it builds social values as one of the main assets of sustainability. The four stairways allow access to a central courtyard that acts as a magnet and lively neighbourhood interface and is accentuated by an emblematic system of half-corridors that repeat on every other floors. Regarding the building’s scale the desire for shelter is made visible through a succession of transitional thresholds between the public spaces and the private areas for retreat: public walkways, double-height entryways, a collective central courtyard, extended floor levels, semi-private corridors. Made of prefabricated concrete and plaster, the striped façades express the continuity of the building with the neighbourhood. The load-bearing system of concrete pillars and slabs reduces structural constraints, permitting an independent façade and ensuring the flexibility and further evolution of the interior.