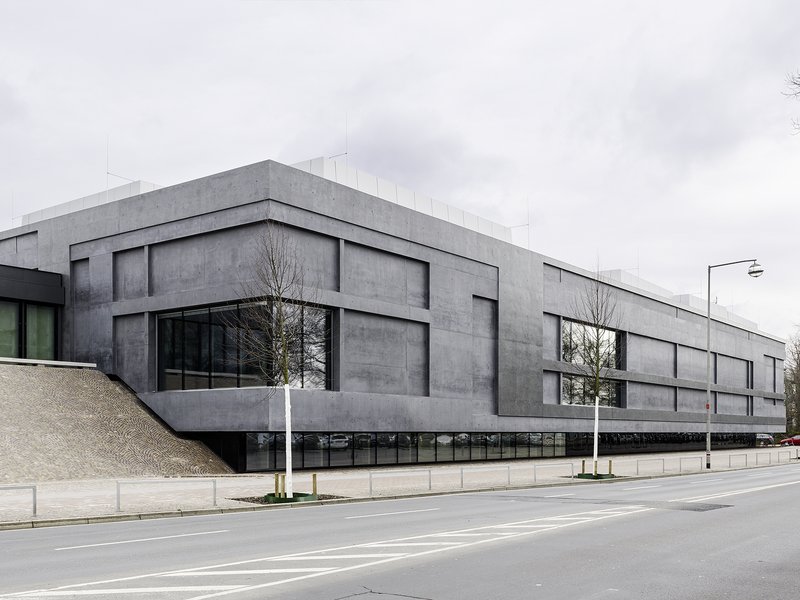 The existing museum represents a topographically and spatially extremely complex situation, one that is not easy to interpret either for the museum operations or its extension. Therefore, the project proposed a very simple volume as an extension that formulates its own relationship to the lake and the promenade: protruding into the trees, lightly floating, with a single main floor. It concludes and frames the existing building with its diagonally layered spaces.

The plan of the new exhibition wing at first forms a simple, classical enfilade with a soft and synoptic guided route for visitors. This route gets its rhythm not only from its different room formats but also from the fact that the rooms within the grid seem to «dance» a bit; they are slightly turned out of line and thus give each gallery a certain independence, which is moreover emphasised by different ceiling heights. At the interfaces between the extremely strict outer cube and the rather eventful floor plan are placed small glazed loggias that afford a view of the surroundings and can also be utilised for various functions. These virtually dancing spaces are held together by a quiet and heavy concrete façade whose formulation as bands of reliefs visualises the events inside. Concrete as the façade material is treated much like cut stone that is refined by creative interventions and manual processing. Thus, the material obtains for instance a noble, soft, almost velvety appearance through its dark colouring.