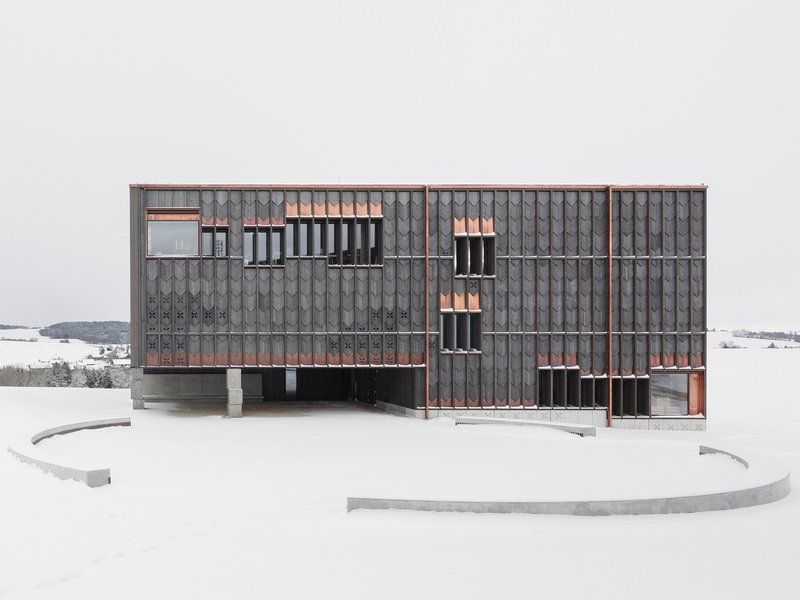 The project for a new school in Orsonnens takes up the character of the vernacular architecture in its environment and reinterprets it. The design was based on nearby traditional farms, which are characterised by a clear structural order where the interior is the star and honest construction and a neutral volume are the guiding principles. Each of the structural elements is expressed formally and independently from the rest. The building stands as a solitary structure on a former car park, without encroaching on the natural landscape beyond. Dark wooden shingles cover the façade, with copper sheeting shining through in some areas. The entrance area, open on two sides, is supported by two striking pillars, each made up of three irregularly stacked stone blocks. In contrast to the neutrality of the exterior, the interior is complex, a vertical space that unfolds multiple visual relationships. A sculptural central pillar rises to the roof, where it branches out to let in the light. Classrooms rotate around this central void. This space will be the meeting point for students, the realm of social relations and the axis of movement. A space full of life for observing and taking part in the flurry of school activities.