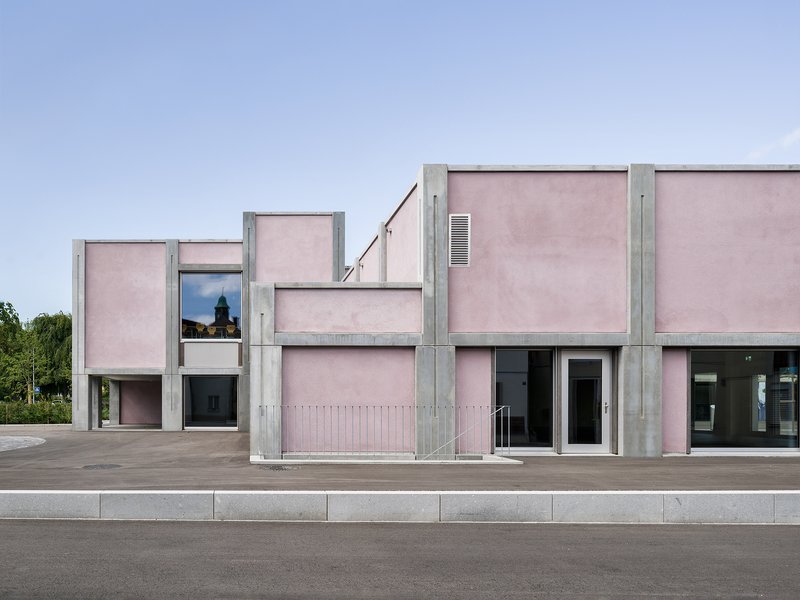 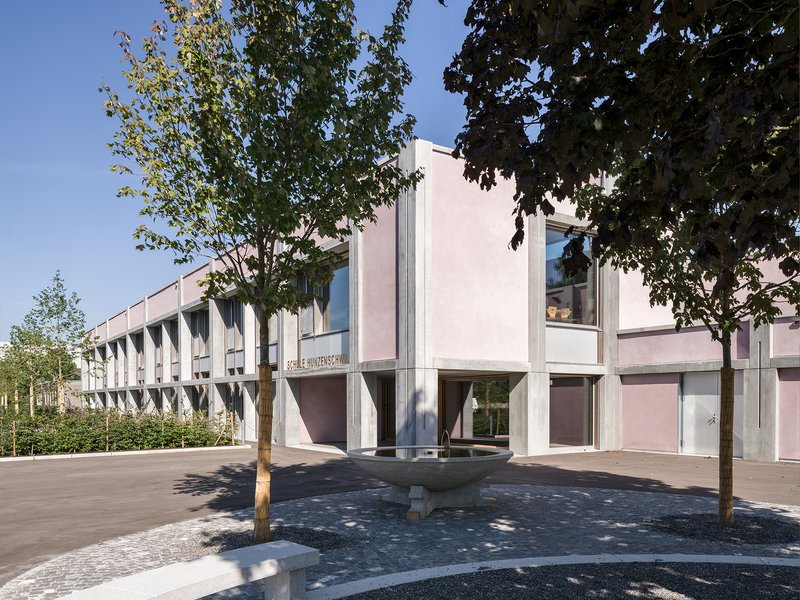 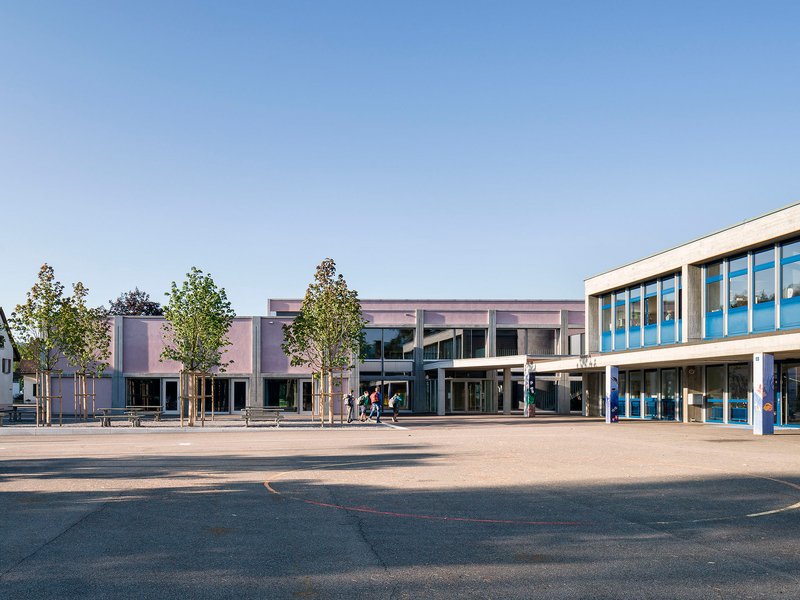 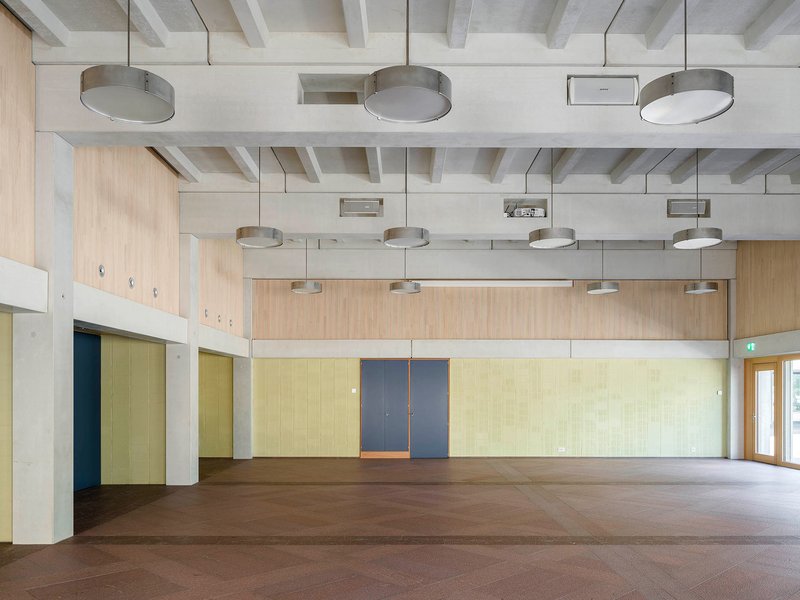 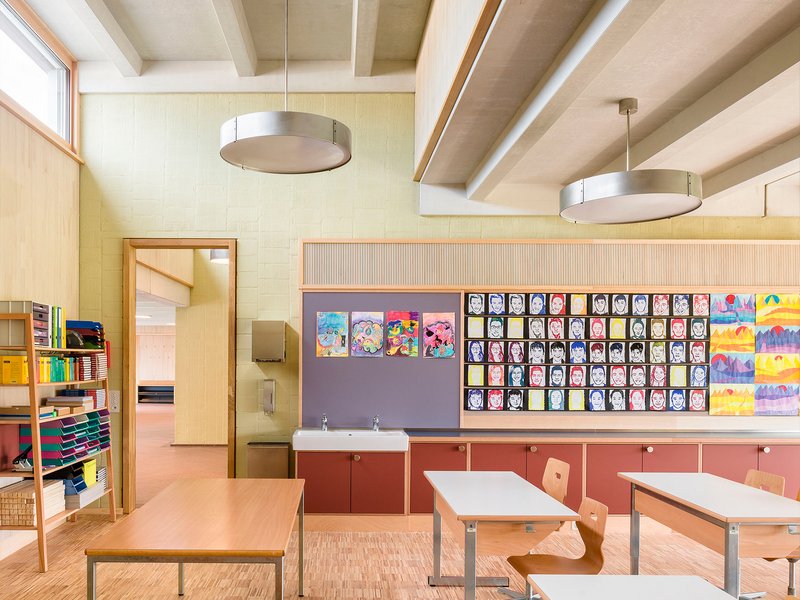 Bringing the school into the village

The school ensemble in Hunzenschwil, which is located in the village but without making any evident reference to its surroundings, can be seen as symptomatic of the unstructured growth of the community in the post-war period. The extension building with an integrated community hall develops a new, identity-lending presence on Schulgasse and thus integrates the ensemble back into the village. The schoolyard is in turn reinterpreted as a courtyard enclosed on three sides.

Space modulations in the cross-section

The two offset volumes of the school and hall form a forecourt towards the street. The compact arrangement of the classrooms on the upper floor, their short sides along the façade, as well as additional northern light via a lantern skylight, made it possible to maintain the two-storey layout of the existing school complex. Large sections of the support structure and the façade are constructed of prefabricated concrete elements. These shape the rough aesthetic of the interiors in conjunction with the slurried brickwork, which has been laid with a special earthquake-bracing bond, thus making it possible to do without any in-situ concrete.

Between rationality and representation

The look of the building borrows both from the structurally pronounced concrete architecture of the existing building and the industrial architecture that has left its mark on the Swiss plateau. Classical themes are also taken up, such as a piano nobile and a strong cornice. A building between the sober rationality of a workshop for learning and the representative façade of a village schoolhouse.

Statement of the Jury

«This project in Hunzenschwil, Switzerland, is an extension to an existing school building. The architects were careful to interpret the existing character of the older school building. The jury particularly appreciated the qualities of the façades and the care with which the new building adds to the existing context. The plans are clear in their organisation and the way that they structure the relationship between classrooms, circulation space and service spaces.»

Our projects should do justice to the complexity and diversity of our society, but at the same time they should possess a strength and decisiveness that outlasts the zeitgeist. We do not work on an idealized idea of the world, we are much more interested in the architectural potential inherent in today's issues.