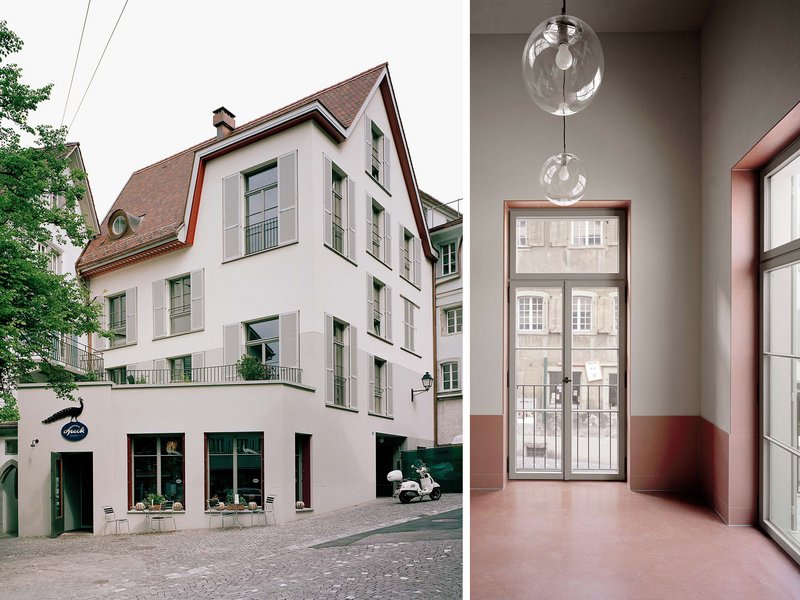 In November 1999, a residence burned down in Zug’s Old Town. The new building replacing it consists of two duplex apartments shared by eleven young people as well as a café on the ground floor. The newly designed courtyard is open to the public. Asked about the greatest difficulties I faced during the design process, I would answer: The biggest obstacle was actually myself. It was especially difficult to step back, letting the shape of the ensemble appear genteel and casual at the same time. Only at second glance should the house be spotted as a contemporary building. I wanted its eaves rather than gable to face the street, with the house crouching on the corner and yet serving as an eloquent and striking end point to the perimeter block fragment. In my point of view, no contrasting, standout architecture was needed here but rather the integration of a small, almost unremarkable structure whose spatial, joyful plasticity could be allowed to unfold in the cross-section and floor plan but without the building putting itself forward in comparison to the other houses. Building a modest house that is coherent within the overall appearance, spatial density and gentle atmospheric impression made by the neighbourhood was my intention. The result is a small, somehow peculiar house.