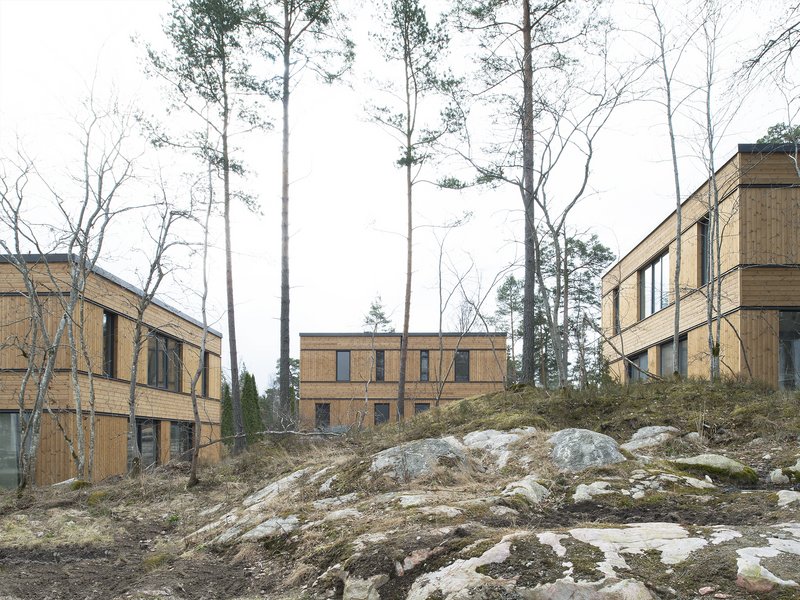 Three semi-detached houses replaced an existing villa in a quiet suburb. The context was delicate and unremarkable at the same time. Due to the topography of the plot, a bit of drama could be developed between the somewhat wild nature of the rocky site and the calm cubes of the added volumes. Each volume contains two dwellings. The inherent symmetry is expressed and expanded so that each façade has a symmetrical composition and around every corner symmetrical faces clash and create a free-form effect. The division of the façades into strong horizontal bands and vertical elements pronounces the windows as being generated by the building elements and therefore a function of their composition. Between the calm and ordered building volumes and the sculptural qualities of the exposed rock, a free but violent juxtaposition takes place. The buildings are clad with simple fir planks in vertical or horizontal orientation.