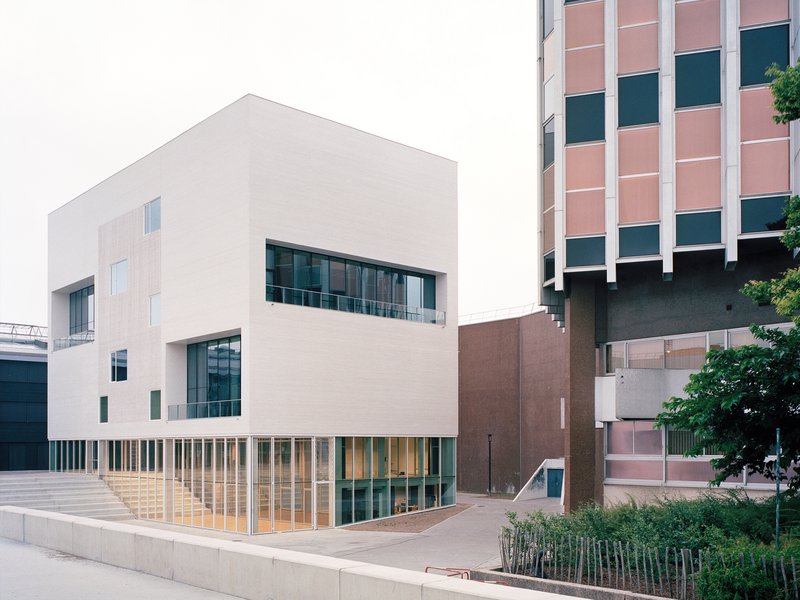 Winner in March 2012 of a competition organised by the City of Nantes, the new Conservatory of Nantes, including the Bretagne-Pays de la Loire Academy of Performing Arts, manifests three main architectural concepts. The aim is to strengthen the identity of the cultural centre within the IIe de Nantes, creating an interface between the different amenities and the neighbourhood by linking the project with the two reference levels – the existing conservatory garden level and the international high school ground level. This project thus relates closely to the city, breaking with the former introversion of the old conservatories from the 1970s and 80s and proposing an opening up toward the public space conducive to the contemporary practice of the dance and music. This shared and transdisciplinary project creates through the repartitioning of its functions a variety of relationships between the several practices.

All the desired architectural features, implemented with raw materials, have been realised through the proposal of an extra space not originally included in the programme (but maintaining the desired compactness). The seventh studio, not assigned to any particular practice or users, acts as a buffer space that allows the linking of the two reference levels and the different practices with the street and the city.