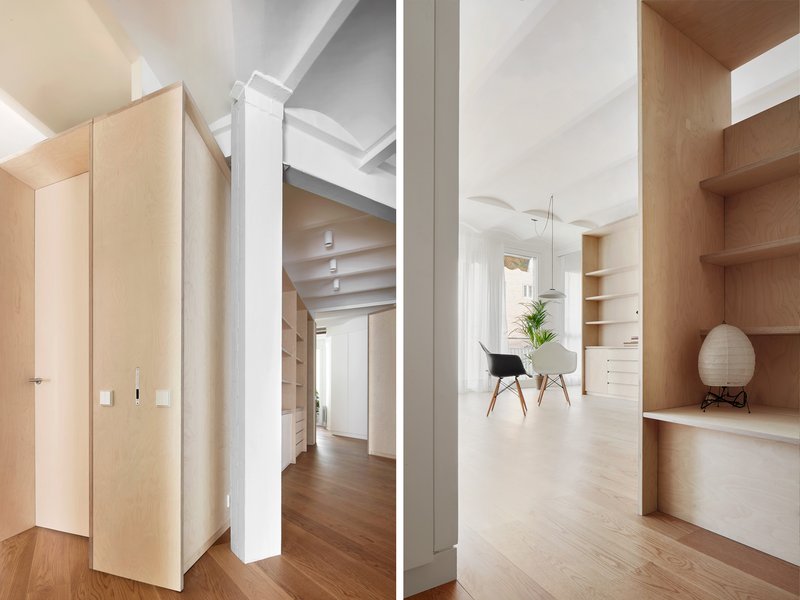 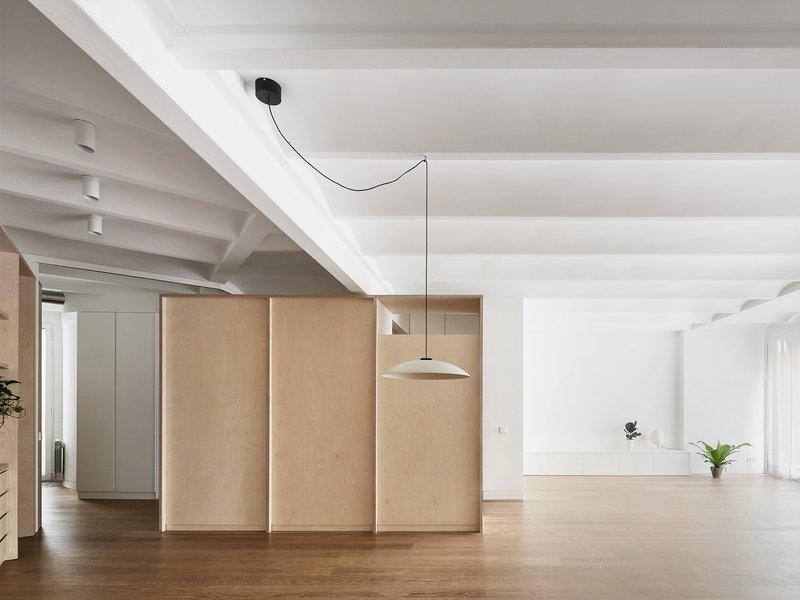 The project consisted of remaking a 1970s apartment in Barcelona. The former spaces were based on programmatic requirements, resulting in a series of small rooms and corridors with predefined functions. Those spaces were shaped by non-load-bearing walls, given the apartment’s »properly modern« free plan. However, columns, beams and slabs were concealed within the internal partitions as shameful bones.

The aim of the project was to remake the apartment, with significant setting and character changes. This would be achieved two-fold: by unveiling the hidden qualities of the 70s architecture and by defining a new series of suggestive settings.

The project acknowledges the former idea of the free plan, but exposes it »as found«, leaving its (»modern«) steel columns and beams freestanding with their rough welds, as well as uncovering the (traditional) gentle ceiling vaults. It thus enhances very specific qualities of the construction means used in the 1970s in Barcelona. This way, an »infrastructural space« is defined, as a permanent envelope in which smaller and temporary interventions will arrange »inhabitable settings«. A series of timber pieces are displayed within that envelope, stressing the divorce between space and structure. Their shape, size and material qualities suggest places to be lived in, from the sheltered interior of a panelled room to the gathering central space of the house.

Bajet Giramé was established by Pau Bajet and Maria Giramé in 2016 after working together several years at David Chipperfield Architects on major residential, cultural and commercial projects in New York and London. The studio, currently focused on projects at a range of scales and uses, is based both in Barcelona and London.