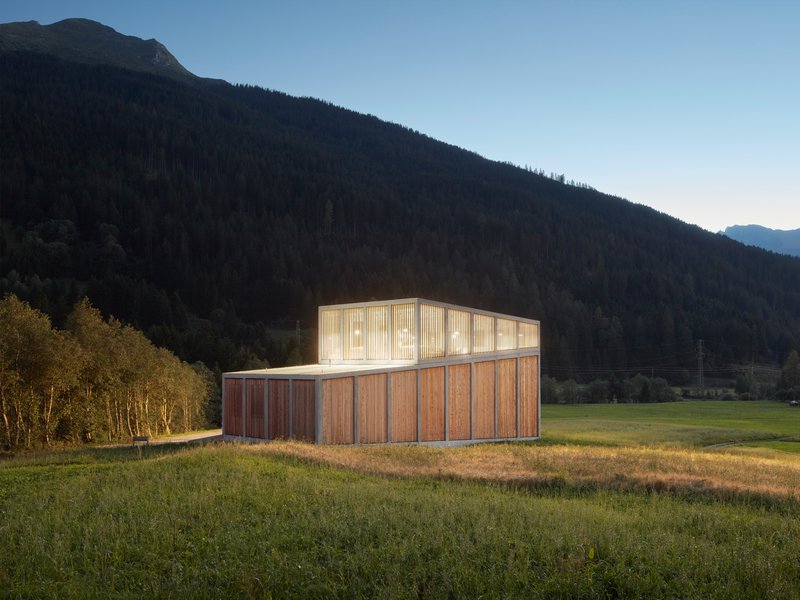 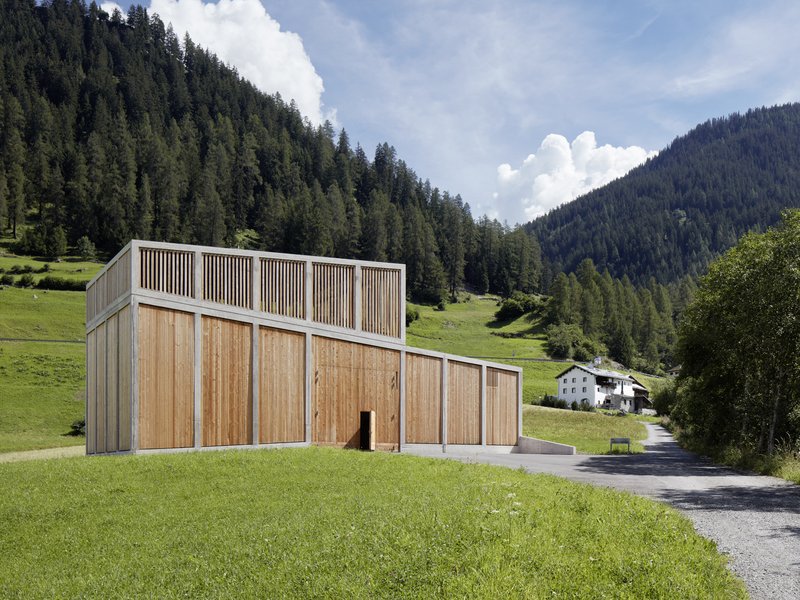 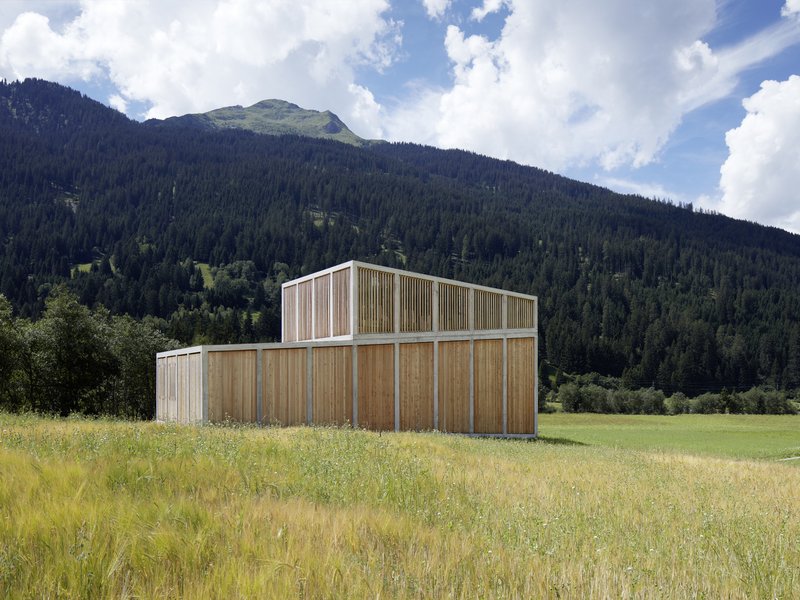 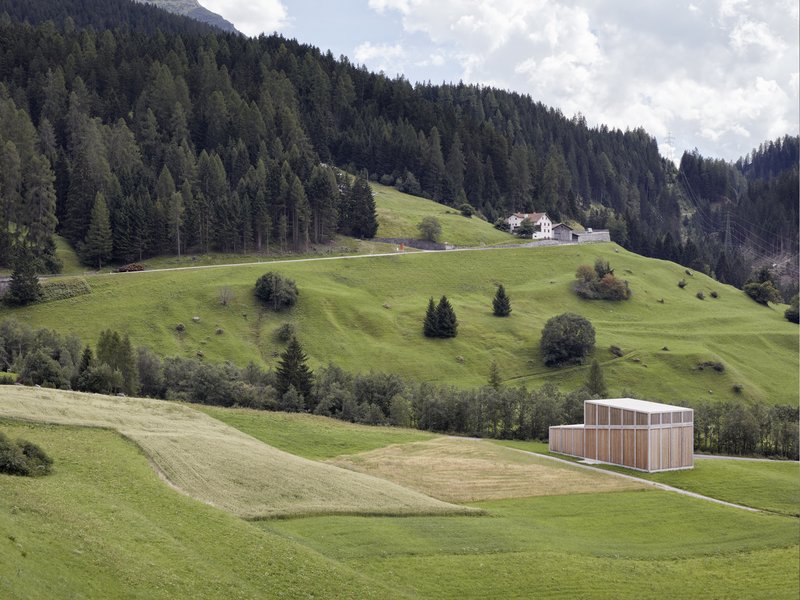 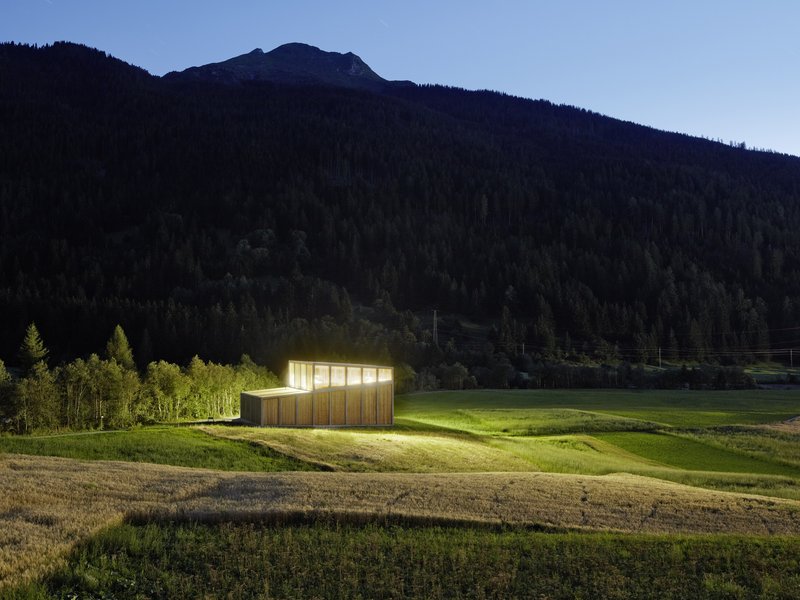 The Mulegn headquarters is located about halfway along a flat stretch of the Ragn d’Err between the cantonal road and the spot where the river flows into the Gelgia to the north. Access to the plant is gained via the local road running parallel to the Ragn d’Err. The alignment of the new building was chosen to ensure that greatest measure of flood safety. It has a floor plan in the shape of an elongated rectangle 11.3 metres wide and 23.5 metres long. Topping the building are two monopitch roofs staggered in height and sloping in the longitudinal direction, with an eaves height of approximately five and eleven metres. The base and the roof slope stand in stark contrast to the course of the terrain.

»The design has an important correlation with the location and the use of a project. The design, the choice of materials and the constructive details are strongly influenced and determined by the history and building typology.«

The load-bearing concrete structure is visible inside and partially outside as well. External insulation is concealed underneath wooden plank panelling. A ring of skylights brings daylight into the interior and is also clad with wooden planks on the exterior to provide shade from the sun. The roof is covered in cement slabs. The only opening is the large double-leaf access door. This is placed on the south side, away from the village of Tinizong to keep noise down as much as possible. The landscaping blends in with the surrounding vegetation. Due to the heat generated by the machinery, the building only needs to be heated when not in operation in winter and then only to six degrees Celsius.

Vincenzo Cangemi studied architecture at the University of Applied Sciences in Lugano, where he graduated in 1993 with Prof. Orlando Pampuri. From 1993 to 1999 he worked as project manager in the office of Dieter Jüngling and Andreas Hagmann. Since 1993 he runs his own architectural office in Chur. From 2006 to 2008 he was President of the Swiss Werkbund, Ortsgruppe Graubünden. He is a lecturer and guest critic at various universities in Germany and abroad and a member of several expert commissions.