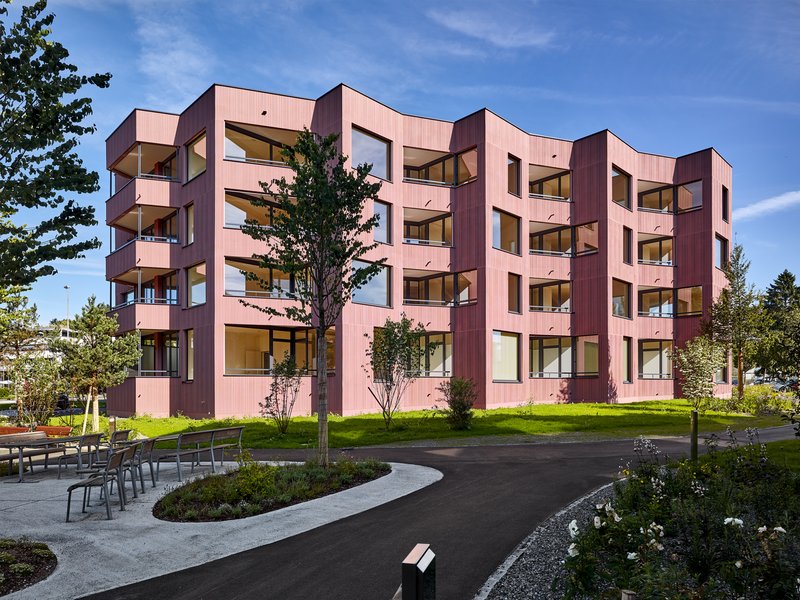 Sunneziel Residence in the Park

The renovation and new addition has transformed the Sunneziel Senior Citizen Centre into a modern residence, with single instead of shared rooms as well as separate senior apartments in an independent new wing. The seniors‘ residence is prominently positioned at the corner of Luzerner Strasse/Moosmattstrasse, with a form that reinterprets the classic stepped character of the already existing building. The staggering ensures that the flats enjoy optimal daylight and maximum views. The atrium at the heart of the building with its sculptural staircase functions as a meeting zone. A new wing was added on the northwest side of the existing complex as well as an addition on top of the building that completes and densifies the existing form. The new extensions carry on the rhythm, articulation and staggering of the former façades. For greater efficiency, the access areas were moved to the centre of the building. At the south, a new annex supplements the volume with spacious lounges and a chapel. Between the old and new buildings is a well-designed garden with curved paths, open lawns and varied perennials and shrubs. The park offers a varied setting for walks and for lingering on the benches arranged along the paths and on mobile seating furniture set in a central spot.