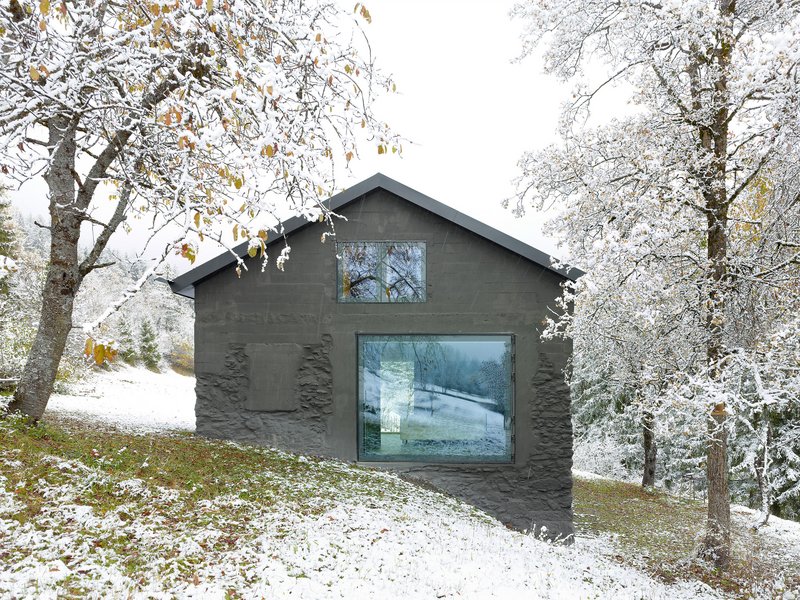 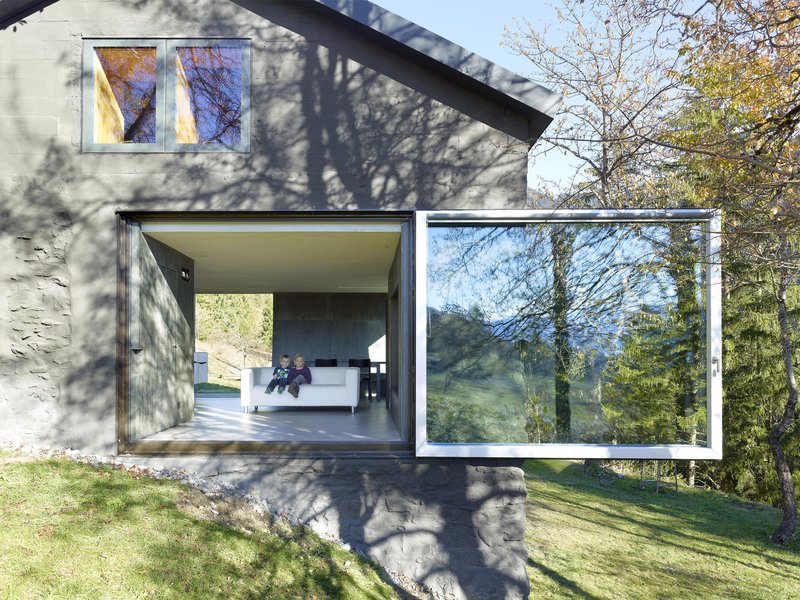 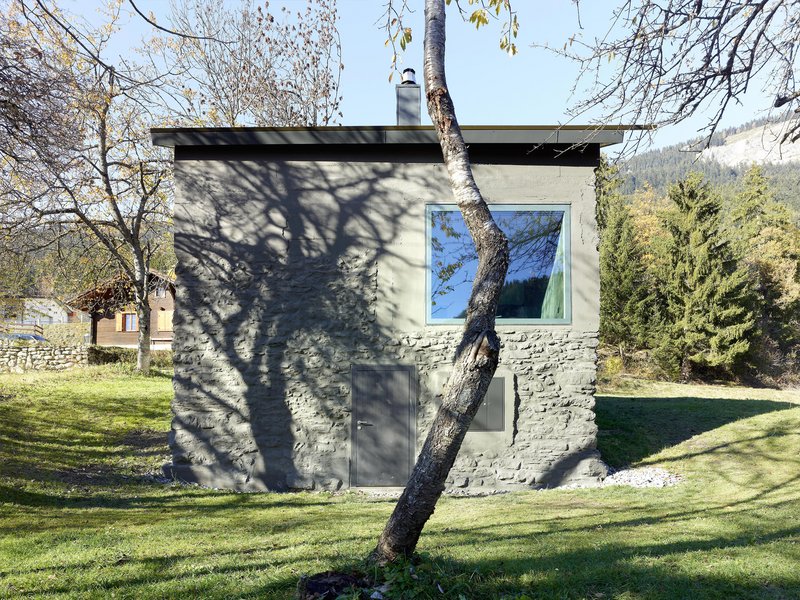 This barn, built in 1882 in the middle of the fields, was used for housing during the pasture season. In 1980, the addition of a floor and the roof transformation modified its appearance and its allocation significantly; the building became a holiday home. Our new intervention reveals the history of this building by showing all the materials used for the façade over the years. The original stones, the bricks added in the eighties and the contemporary concrete modifications are disclosed and dark paint makes all these raw textures uniform.

Far from the smooth appearance of some holiday chalets, the façade treatment calls to mind the functional aspect of the ancient barn, more rudimentary than aesthetic. In a site surrounded by fields and forest, the living room opens up to nature. Four boxes covered with dark wood emphasise the corners of the spaces. They are separated with large windows from floor to ceiling, which can open wide, extending the spaces to the outside. The grey shades of the interior materials reinforce their framing and contrast with the landscape. A wood stove along with solar cells supply heating.

collaborator in an architecture office, monthey, 1999-2003

collaborator in an architecture office, fribourg, 1998-2004