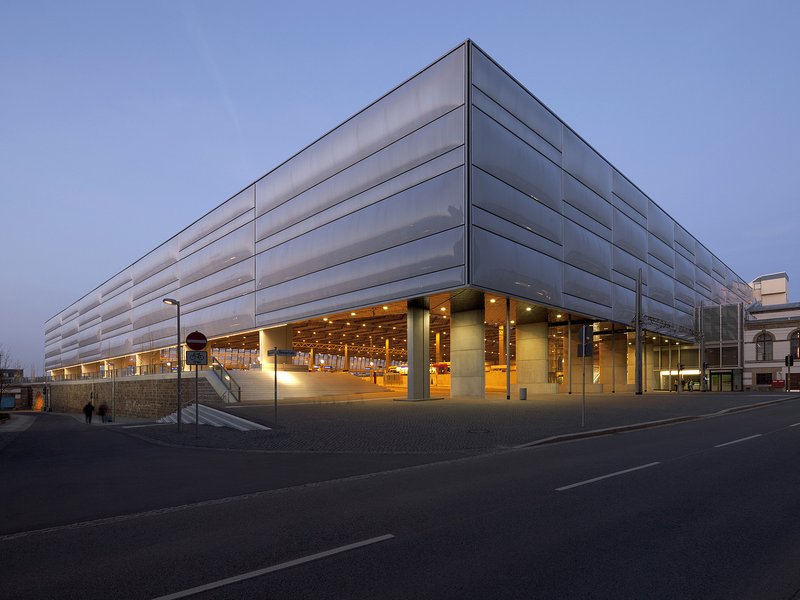 An open, contemporary gateway to the city – this was the vision for Chemnitz’s central train station. To make this vision a reality, the introverted architecture of the existing 1970s hall was stripped down to the load-bearing frame, opened demonstratively and combined with its exterior space to create a prominent city plaza. The reason for the drastic renovation and reorganisation of the station was the introduction of the »Chemnitz model«, which entailed connecting the regional railway network of Deutsche Bahn with the municipal tram network in order to better connect the surrounding areas to the city. Thanks to a new switch system, the trams can change onto the DB network’s tracks right in the central station. By dismantling the part of the building perpendicular to the platforms, the public trams are now able to drive directly into the station hall, which now opens expansively to the city. The hall, previously secluded, is now included in the urban setting. The new »face« of the building is characterised by frosted pneumatic ETFE membrane pillow elements in varying sizes. The corner façade, highly visible in the city, is artistically enhanced with animated light patterns. The illumination lends a special quality to the redesigned public plaza and underscores its central position as a junction for public long-distance traffic and urban transportation.