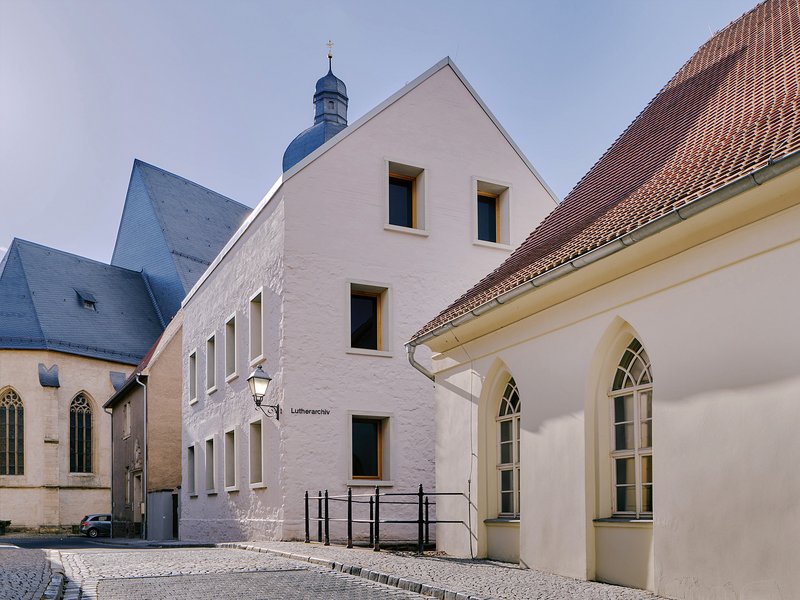 The renovation and expansion of the listed 19th century schoolhouse building, which now serves as an archive and storage space while providing room for cultural education endeavours, is the product of a successful competition entry in 2012. Based on the concept »form follows history«, the design effectively interprets the seemingly paradoxical idea of constructing a new building within an historical building. By creating this new unit organically through overlaps with the existing structure, it was possible to maintain the integrity of the street front as well as the building’s traditional prominence as part of Eisleben’s historical cityscape, while the unique architectural language of the addition invigorates the surroundings to create a new ensemble. This approach harmonised the interests of the clients with historic preservation concerns, as it was important to preserve the original building near Luther’s birth house, a UNESCO World Cultural Heritage Site.