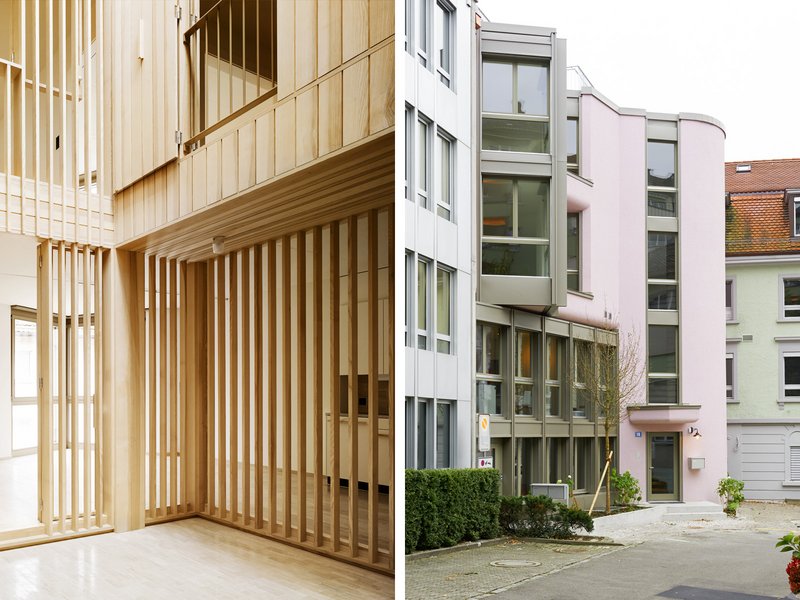 Remodelling of Apartment House at Eisengasse 18

Dating from 1978, the building originally featured an atrium apartment on the top two floors and offices and secondary rooms on the ground and first floors. The atrium apartment was to be extended at the top and new single-storey flats developed on the other floors to serve as a pieds à terre for modern urban nomads. By creating bay windows in the previously fully closed courtyard facade, it was possible to design apartments on the lower two floors with windows on two sides. Central hallways take up the structural logic of the four inner supports of the building framework and divide the apartments into three layers of space. Double-wing doors afford sweeping views extending the entire depth of the building. Dressing rooms, bathrooms and secondary rooms are lined up on the sides, resulting in a second, private access corridor. The central configuration of the duplex apartment was retained and extended with three bedrooms with attached dressing rooms and bathrooms. The two-storey atrium features a sliding glass roof and was further accentuated with an installation made of ashwood. Interior wooden venetian blinds and windows allow for varied modulation of inner sightlines and lighting. This atrium room with its own internal façade is the centrepiece of the house.