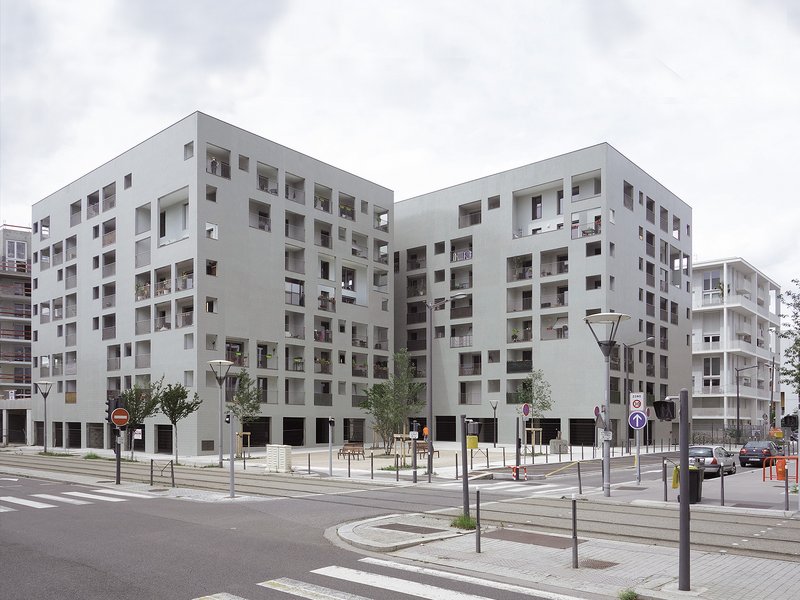 We chose to develop a plan of masses in which voids between buildings are as solid and well-defined as the mass of the buildings themselves, just like in the urban fabric of the traditional city. A square courtyard is created around which the three buildings are displayed. This courtyard is articulated in relation to the public space of the surrounding streets by two urban »vestibules«, which are two smaller voids directly linked to it. The architectural expression of the buildings, all made of bricks, is heavy and tectonically traditional: the feeling of mass reinforces the urban character of the whole. Diverse types of apartments are incorporated, mixing flat and duplex, all of them with an exterior space, such as open double-height loggias or winter gardens. Traditional features such as classical »enfilades« of rooms along the façades are created.