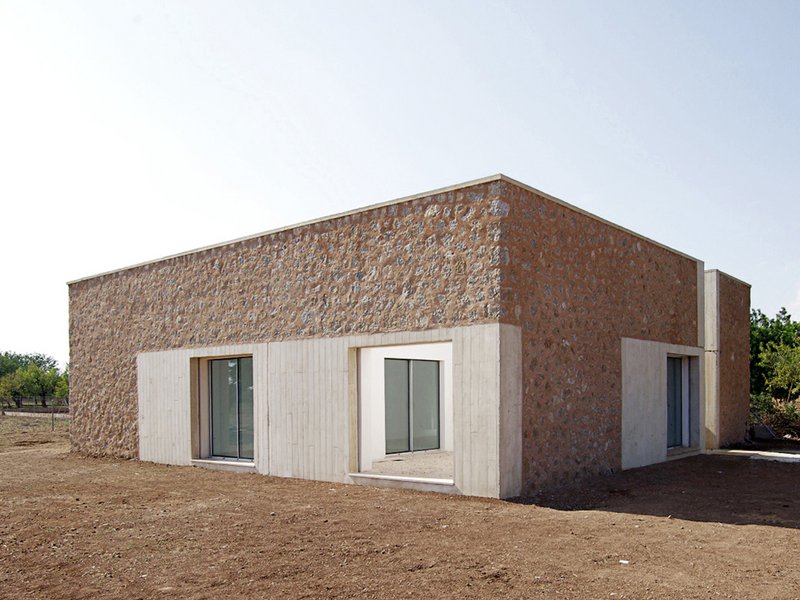 Within the plot there already existed a stone enclosure measuring around 12 x 4 metres and made up of stone walls of irregular thickness. One of the façades was made of local sandstone and therefore more fragile and thin than the rest. The proposal called for two principal operations: to extend the enclosure until it had approximately square proportions, and to define a covered area within this enclosure so that the house would embrace some exterior spaces. The outer space in turn becomes domesticated, bounded, delimited. The interior and exterior begin to blend together, creating in-between spaces, with the various boundaries that surround the house acting like shells protecting the inhabitant. This house is understood from the interior, from the point of view of the inhabitant who lives there, and not from that of the observer looking passively at the object. The house thus becomes a graft of the Mediterranean tradition.