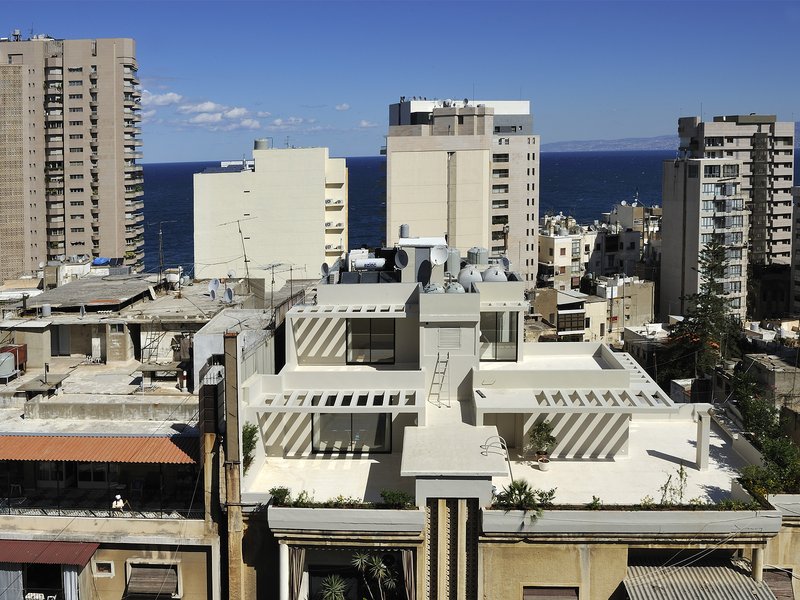 Ain Mreisseh, a former fishermen’s district in the western part of Beirut, is today a popular residential area. As past wars led to a repeated rhythm of destruction and restoration, the buildings there, many dating from the 19th century, were gradually overlaid with new structures and types of architecture, and the rising real estate prices of recent decades brought substantial densification to the area. The four-storey apartment house on Rue Van Dick, built in the 1930s, was augmented in the early 1960s with the addition of a two-storey apartment on top. Despite the heavy destruction during the last civil war, its basic fabric was still well preserved. The project therefore involved completely renovating the apartment with only slight additions. Very few new components went into the refurbishment. Worthy of note are the locally produced terrazzo floors used both indoors and outdoors and floor-to-ceiling façade openings that provide views onto the heterogeneous urban environment. Colours and materials were chosen for the façade that will gradually approximate the tonality and surface texture of the neighbouring buildings, vacant for decades, and hence blend in with the surroundings.