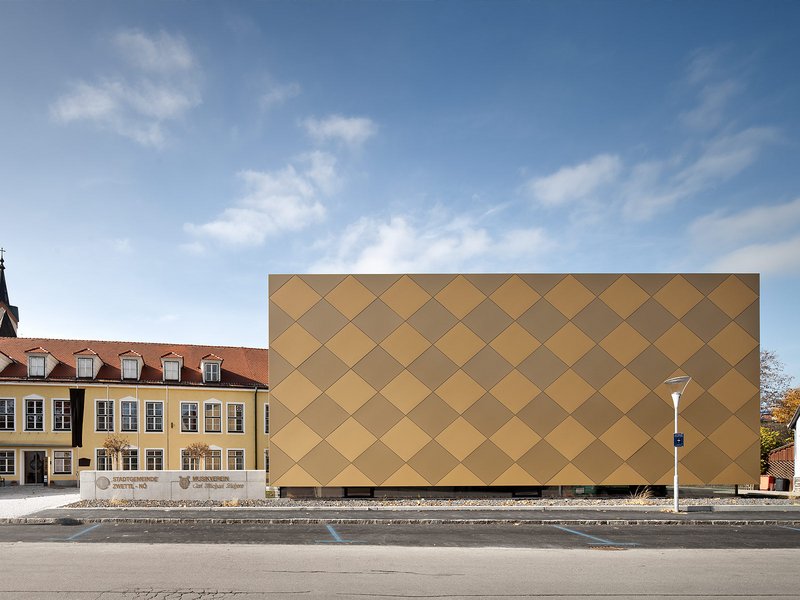 The music society of Zwettl was founded in 1887. The society’s former rehearsal room in the attic of the town hall was no longer in keeping with the supraregional importance of the society or its acoustic requirements. In addition, providing new premises for the musicians freed up space in the town hall for a growing administrative workload. The new building’s positioning frames the formerly undefined area in front of town hall, creating a new and attractive public square. Concerts can now be held here by the musical society in immediate proximity to its rehearsal space. With its contemporary basic cube shape, the new volume forms an intentional counterpoint to the adjacent town hall. The building seems to float atop a band of windows around the bottom, which also lets light into the ground-floor reception rooms. Visible from outside is only the actual rehearsal space, which has a ceiling height of 5 metres. The façade with its gold, diamond-shaped aluminium composite panels is derived from the brass instruments played inside and the pattern of the traditional costumes worn by the players. By providing a new home for its musical society, the municipality of Zwettl self-confidently signals the society’s importance not only for the town itself, but also beyond.