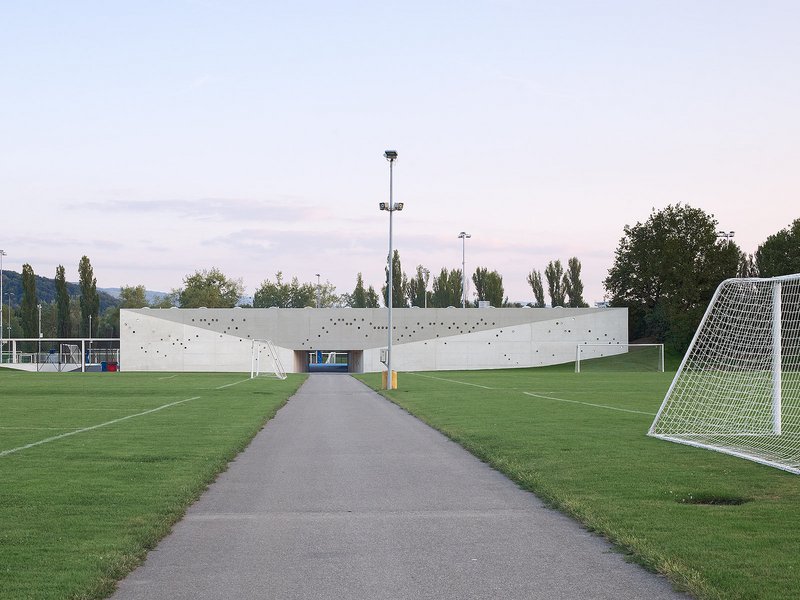 The new headquarters for the U14 to U21 junior players of FC Basel is a project with great public impact. The flat building is pushed up against the foot of an existing mound, making it seem like the most obvious placement and allowing for close connections with the setting. The solid, closed presence of the white concrete building gives it an authority that is only increased by the slightly funnel-shaped entrance with the dimensions of a soccer goal, which serves to make the volume appear even larger. At the same time, the passage to the lobby and the campus’s own football pitches acts as an attraction and endpoint for the grand boulevard that leads here from the stadium. The mysterious façade perforations are arranged to represent a graph of the club’s ranking throughout its history. The five newly laid-out football pitches are surrounded by an inconspicuous continuous structure that blends them matter-of-factly into the overall complex.