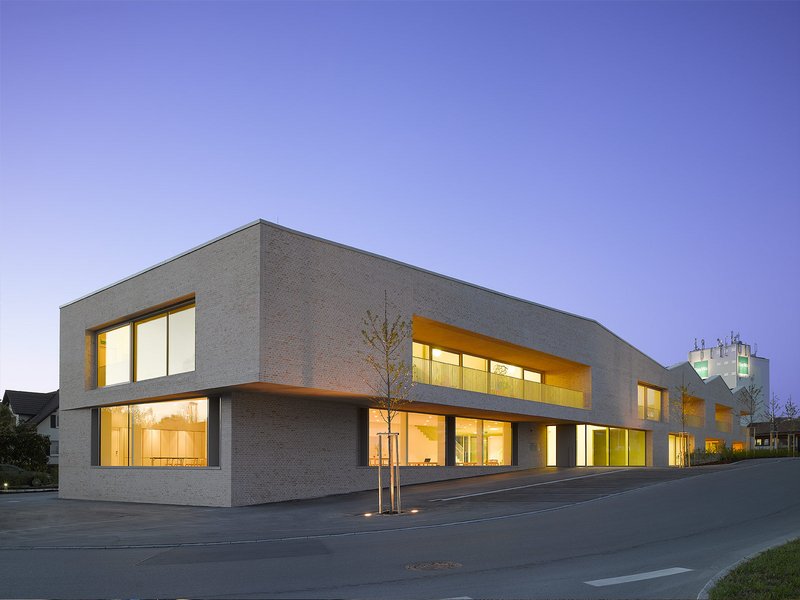 The site of the Josefine Kramer House is located at the eastern end of a village green that serves various public functions and which extends in an east-west direction through the town of Tettnang. The new structure complements the existing buildings on the adjacent streets with urban design elements that echo those already found in the surrounding area. Based on its functional requirements, the structure creates recip-rocal relationships in its floor plan and elevation by alternating communicative spaces illuminated from opposite sides with darker, more tranquil rooms. With a folded roof relief resulting from tilted planes and sculptural brick façades with alternating broad surfaces and deeply recessed windows, the building asserts itself confidently as a new and distinctive highlight on the cityscape. Closing off the street space on three sides, the building frames a garden that offers additional space for the functions housed within.