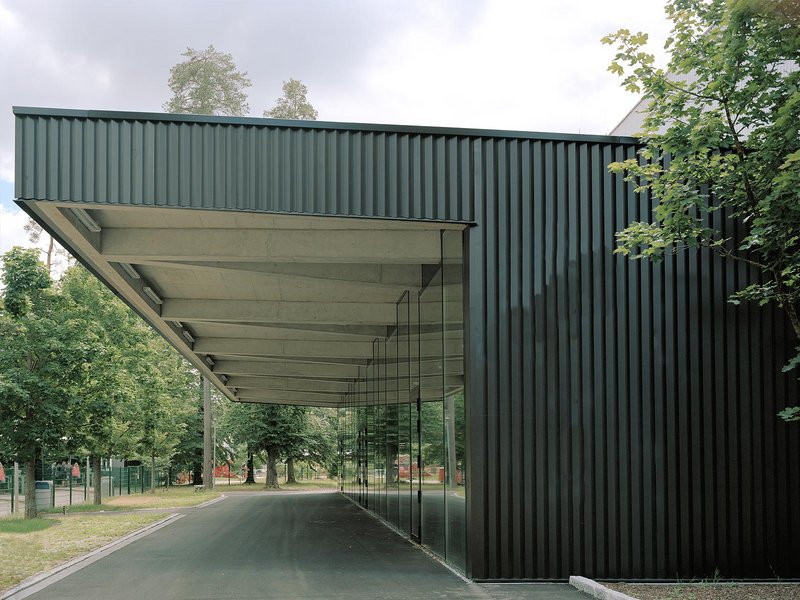 In a southern Munich suburb, Bavaria Film GmbH operates its tradition-steeped location »Filmstadt Geiselgasteig«. The company decided to extensively refurbish and extend one of its biggest show studios there. The building was brought up to the latest standards in fire prevention and building facilities while also being legally reclassified as a place of assembly. An additional storey was added to an attached office building. A new building for VIP receptions and catering was built onto Hall 9 to supplement the existing public foyer. A boldly projecting roof lends the structure an inviting look, ensuring that the entrance to the site is visible from afar. With its exposed support structure, open installation and sheet metal façade, the building relates visually to the neighbouring industrial studio buildings. An upscale appearance is created through careful detailing. The concrete support structure, dark terrazzo and black wood furniture create a low-key atmosphere – ideal for film and television events.