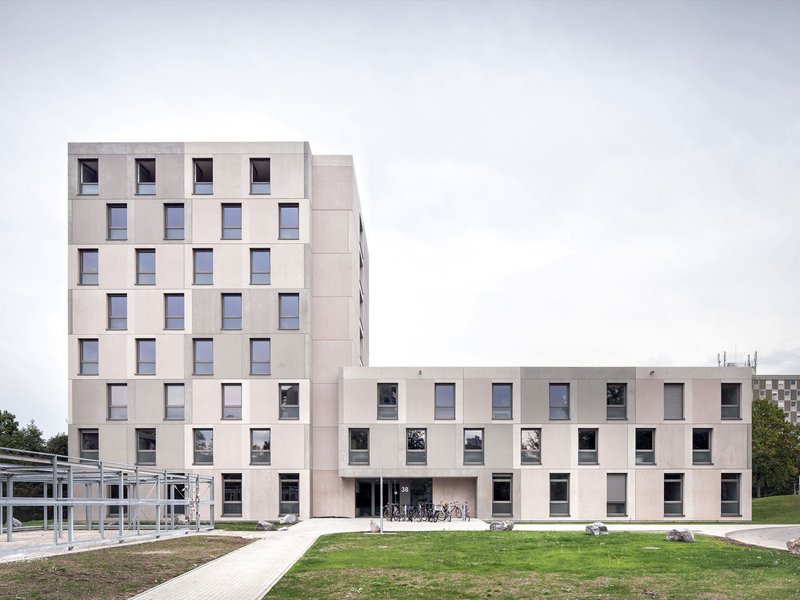 The »Student Village at Seepark« was built in the 1960s and provides a home for 1,300 residents. The two new student dorms insert themselves sensitively into the ensemble, their cubature and construction both quoting and interpreting the existing building stock. The existing complex is divided into five ensembles, each of which consists of two three-storey buildings and an eight-storey tower. The jump in scale from low to tall buildings marks the character of the entire campus, which gives the impression of being loosely built and very green. The new buildings echo this design principle in their L-shaped form, consisting of an eight-storey tower and a three-storey extension. The uniform exposed concrete façades of all existing buildings and the use of a large-panel construction method are typical for the 1960s. Concrete was used for the façades of the new buildings as well, and the checkerboard arrangement of their windows along with the sandblasted concrete surfaces ensure that they harmonise with the neighbouring structures.