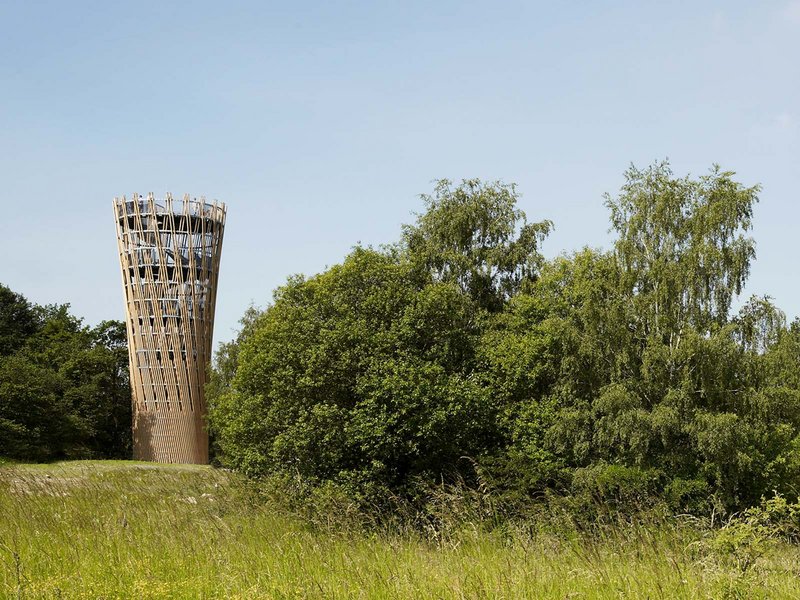 Visible far and wide, the observation tower on Jüberg hill is prominently positioned at the end of a long stairway, marking the point where the city verges on the surrounding countryside. The upwards expanding shape of the tower responds directly to its environment: the wooded Jüberg hill, the urban development axis and a 360-degree view. The tower is constructed of a total of 240 straight wooden batons of glue-laminated larchwood with a cross-section of 8 x 8 centimetres. A large-mesh structure has been designed by inclining two planes of members running in opposing directions, with fewer members and hence less density as the tower ascends and the loads decrease. At the lowest level the timber structure consists of six batons, which are reduced to five at the next level, then four, three, and finally two batons, allowing for an increasingly panoramic view of the landscape the higher one ascends. The Jüberg Tower in Hemer is a hyperboloid structure borne exclusively by the delicate timber framework. No additional vertical elements (for example, a central mast) have been incorporated. The decreasingly dense timber support system results in a different atmosphere on each of the five platforms.