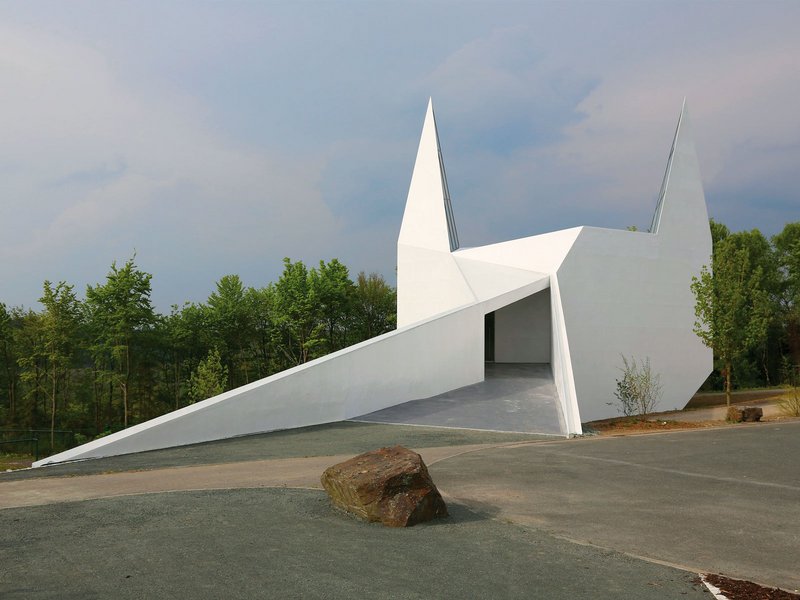 In March 2009, schneider+schumacher won a competition held by the association Autobahnkirche Siegerland e. V. that was specially formed for this project. Construction began in March 2011, with an archaic sculptural concrete foundation forming the base for the timber-frame church above. When seen from either the motorway or the service station, this three-dimensional interpretation of the church pictogram used on German traffic signs looks like the stylised white silhouette of a traditional village church. The façade and the access bridge were coated with a white polyurethane spray sealant. The inner dome opens to form an altar area exclusively illuminated from above by natural light entering through the two spires. Applying a parametric design method using complex computer programs (Rhino, Grasshopper), the initially round inner dome was transformed into a filigree wooden vault – reminiscent of a fine rib vault structure – that optimises material use and construction down to the last detail.