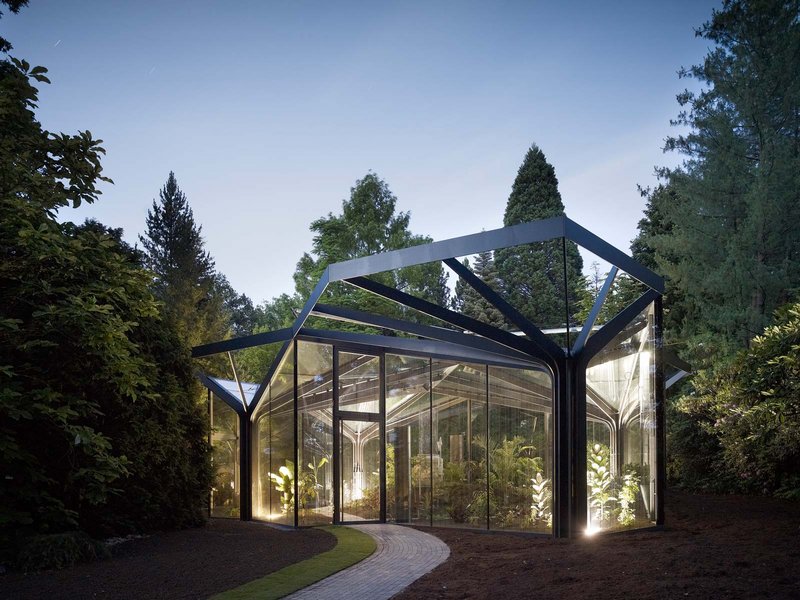 The new glasshouse in Grüningen nestles amidst the old trees in the Botanical Garden. With four pillars resembling tree trunks and ribs that extend outward and upward like boughs, the structure supports a glazed climatic envelope with graceful ease. The gap left in the forest by the demolition of two old greenhouses was to be filled again – with an architecture inspired in its logic, structure and expression by the surrounding trees. The geometry of the structure was inspired by the microscopic cuts through cell tissue that can be found in nature, and the related method for dividing space into cells known as Voronoi tessellation. While the floor plan establishes references to the smallest building blocks of living things, the form of the pillars echoes the morphology of the trees. Each pillar extends into twelve ribs, which continue on to form branches with various inclinations, generating a roof surface with multiple bends. An encircling band connecting the ends of the ribs holds up the glass façade, which rests on a strip foundation and gives the building a clear silhouette.