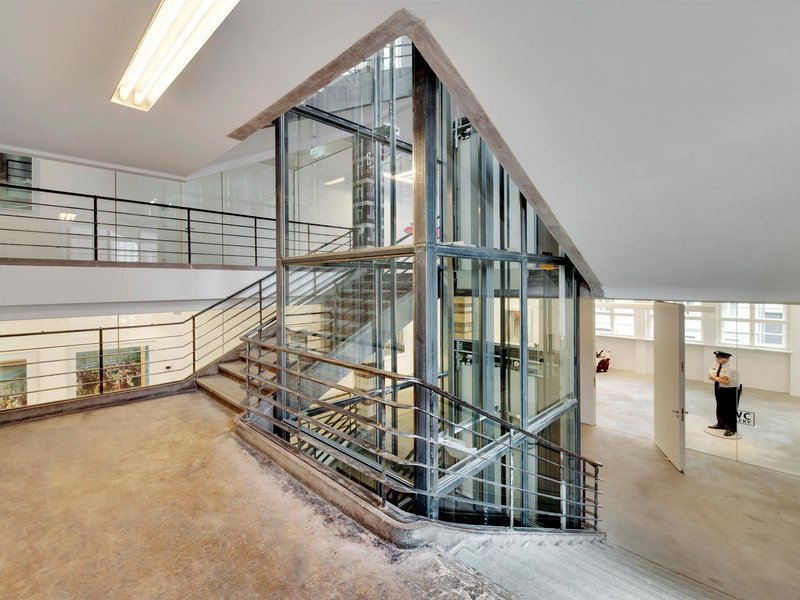 The girls’ school on Auguststrasse was built in 1927/28 according to plans by Alexander Beer, architect to the Jewish community, with about 2,500 sqm of floor space for around 300 female pupils, and opened in 1930. It was one of the last prewar buildings to be erected on the land belonging to Berlin’s Jewish community. After it was closed by the Nazis in 1942 it was fitted out as a temporary hospital. The school was used by various Berlin grammar schools from 1950 to 1996 and has been empty since then. In the renovation work, the original façades and room divisions were retained and restored. The staircase in particular can again be experienced as a lavish access area, despite all the new requirements and regulations. The declared aim of the minimally invasive refurbishment and change of use was to stop the building falling into disrepair and at the same time to retain and strengthen its special aura. The work was carried out over a short period of only nine months in close cooperation with monument preservation authorities. The re-opening of the former Jewish School for Girls in the Spandauer Vorstadt makes an important building with a chequered history accessible again and breathes new life into its architecture with the building’s present use as a cultural venue.