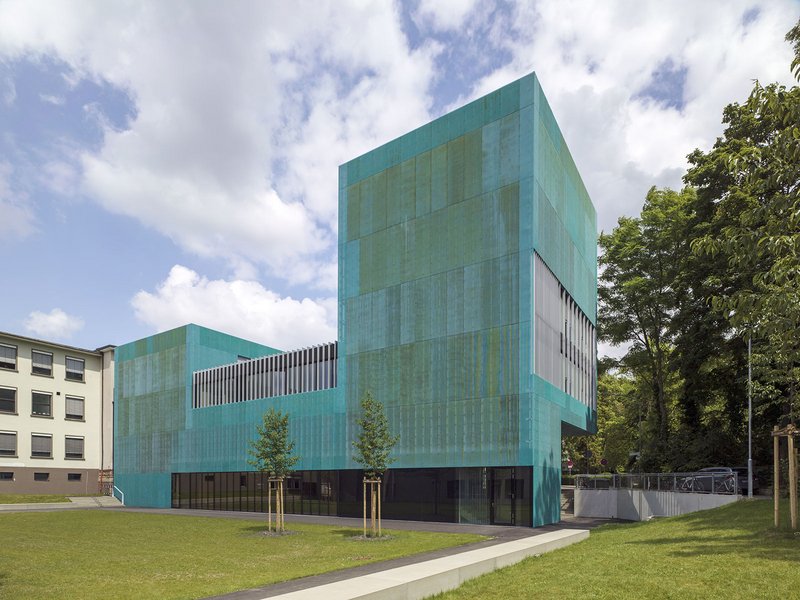 In the context of the campus, the new school building for art and music has been developed in synergy with the existing ensemble and asserts a strong visual presence in the city of Lörrach. In keeping with the content and significance of the building, the architecture is essentially derived from its functional requirements. Within the horizontally organised structure, the individual functional areas are laid out as self-contained room modules. The music area, defined as a resonating body in the building, generates the desired isolation for music-making. By contrast, the art area is conceived as an open studio with plenty of natural light and looks onto the park through storey-high openings that also function as landscape mirrors. The multipurpose hall serves as a neutral filter between the two functional areas. The articulated building form is in dialogue with its environment, picking up on both the volume of the school buildings and the small-scale residential development in the neighbourhood.