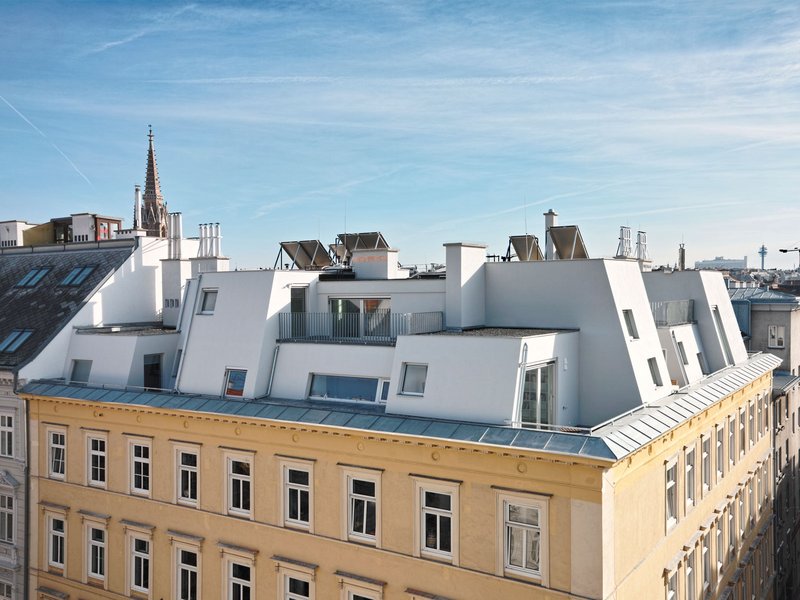 A building collective led by the son of the building owner used the attic level of a typical house from the turn of the 19th century as a building site in a prime location. Barely visible from the street, there rises up at a height of 16 metres a world all its own overlooking the city. The lift, which has been inserted within the stair balusters, ends outdoors on a small square, surrounded by an arrangement of cubic volumes leaning out slightly inward from the street – accessing the four apartments is an outdoor staircase on the courtyard side that leads up from the third floor. From there one enters the apartments, all of which have a sequence of differently proportioned spaces as a result of the playful handling of the strict legal requirements. Outside, a homogeneous layer of plaster conceals the highly individualised inner life of the flats, responding respectfully to the existing 19th-century structure. Some of the cubes contain a gallery level, some have double-height rooms while others are single-storey. The height of the rooms varies from 2.3 to 5 metres – creating a lively roofscape.