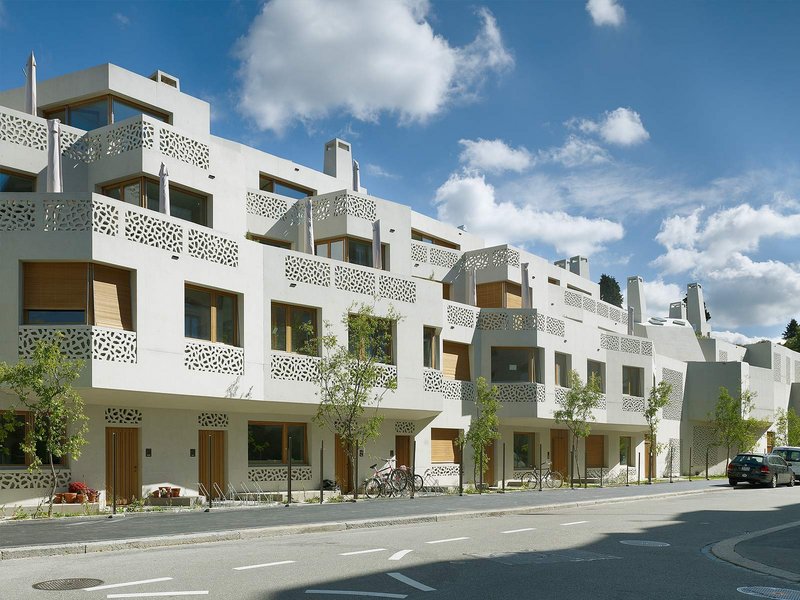 The present development concept calls for preserving the spatial depth of the historic park as much as possible while compensating for the loss of historical building stock. Along the edges of the park, two irregularly cut volumes will be placed that integrate themselves into the park landscape by means of large indentations and low-key colours and materials. The elongated building has versatile functions: it is an apartment house with terraced-style housing along with a hammam, while between the two sections are additional work spaces and a bazaar. Seven of the ten apartments have a private entrance from the street and are three to four storeys in height. Through the interleaving of the apartment units the residents benefit from living areas with natural light from several sides and from the special setting on the edge of a park. The hammam completes the building on the south as a volumetrically differentiated structure over several storeys. A cube perforated only by mashrabiyas alludes to Oriental architecture. Introverted and protective of privacy, the interior shuts itself off from the world outside. The interior spaces are organised according to the sequence of the cleansing ritual: warm-up, warm, hot and relaxation rooms as well as massage rooms and a rooftop terrace with views over the park.