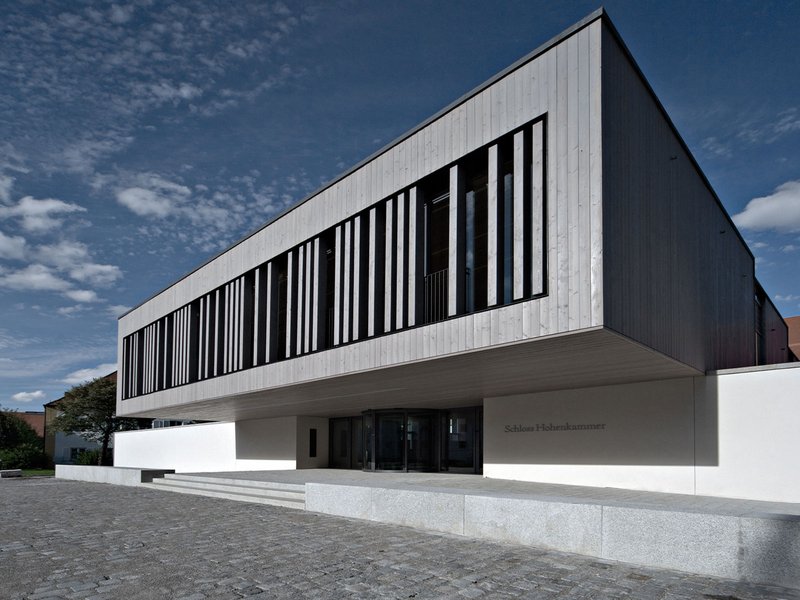 The typology of the guest house echoes the former walls of the Baroque garden and thus does not represent a building in the classic sense, but rather picks up on the garden idea as urban planning theme. It was important for the overall atmosphere to create sight lines so that the reception area would not resemble the usual hotel lobby but rather act as a welcoming transition between garden and castle, displaying a unique ambience in the enclosed courtyard. In architectural terms, the existing building typology has been retained, but the façade have been given a more contemporary look and the ensemble the appropriate prominence in this rural region. The material concept is based on using just a few materials that have been incorporated into regional buildings for centuries: stone, wood and plaster. They exert a special appeal with their varied surfaces and textures, exhibiting the possibilities offered by handcraftsmanship. The ensemble is thus able to mediate between tradition and the modern statement made by the pared-down architecture.