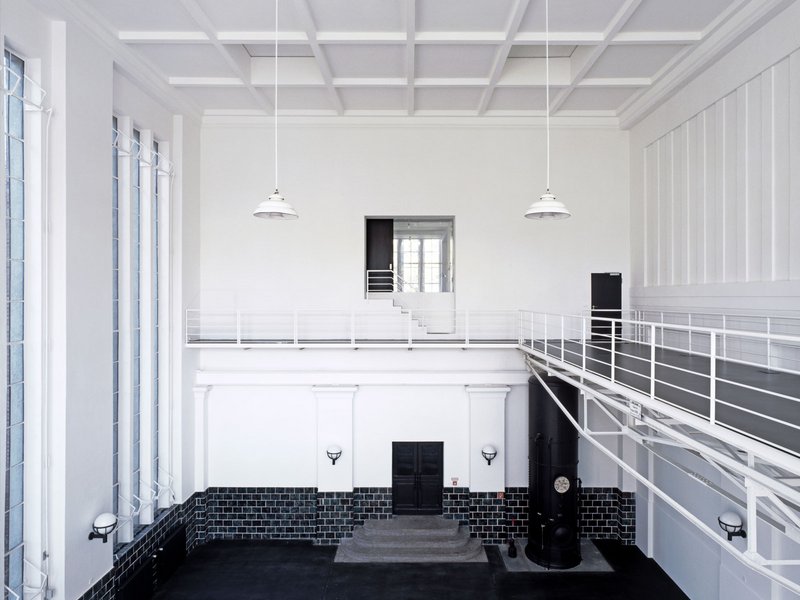 The heritage-listed 1926 building was converted for two artists into a gallery and studio with living quarters. The former machine hall of the wastewater pumping station now serves as an exhibition space, while the area under the roof, previously unused, makes for spacious living quarters. In between the two levels are four storeys on the northern side of the hall, the walls of which were removed completely in order to generate bright, elongated studios and private spaces. The former crane systems were extended to form work platforms that can be shifted freely out over the exhibition hall like variable galleries, accessed via walkways at the front sides. On the top floor of the building, the Polonceau truss supporting the hip roof was left visible and now forms a tent-like ceiling over new black oak plank floors, while the old dormers as well as a large new sliding window on the hip side carry light into the white living areas.