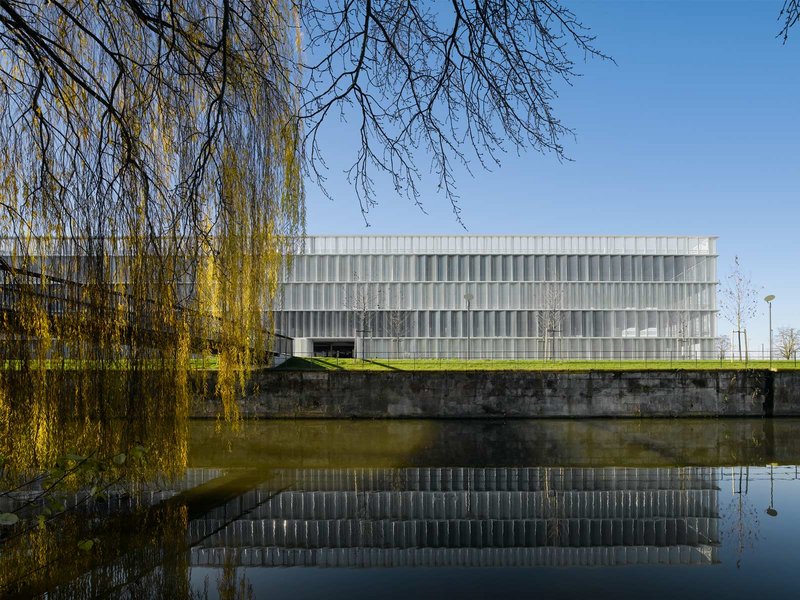 Two objectives were pursued in designing the new car park. The first was to ensure the optimal functioning of the proposed parking system. The second was to successfully incorporate the utilitarian building into a special urban setting. Optimal functioning refers to the clear layout of the access pathways for ease of navigation, the congeniality and openness of the building volume, the colour scheme and lighting of the parking levels – in other words, it involves ensuring that the overall atmosphere of the space is a positive one. The exceptional location of the competition site, caught up between Heilbronn’s city centre and the park grounds that will be redesigned to host the national garden show »Bundesgartenschau Heilbronn 2019« makes for a special set of urban conditions to be considered. The prominent location of the site, which can be seen in the distance from the city, spoke in favour of accenting the setting on the Wilhelm canal. Via a pedestrian bridge, the main entrance to the car park is linked directly to the Science Center.