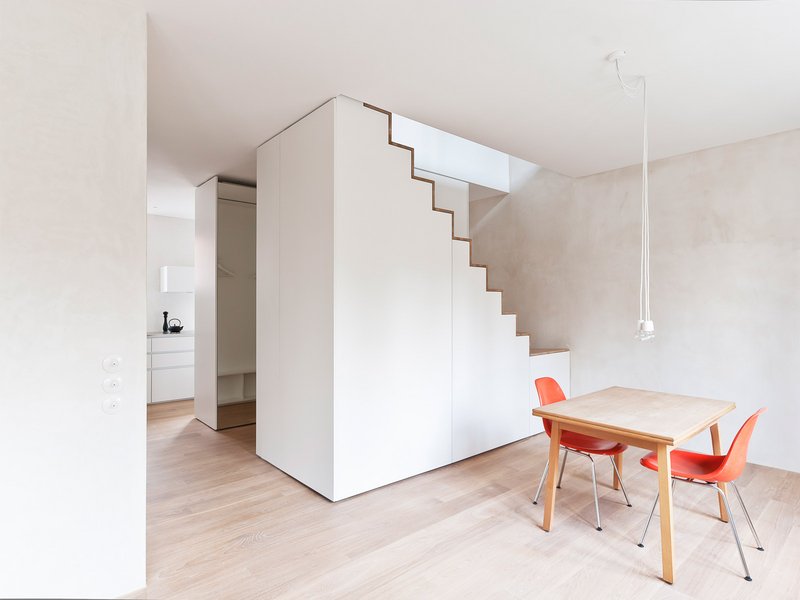 The design of the building is typical of Wilhelminian-era houses in Stuttgart Heslach with its three full floors plus a mansard attic storey. As its characteristic brick facade was considered essential to the appearance of the streetscape, the decision was made not to add insulation and to carefully restore the facade instead. In the interior extensive changes were made while treating the original fabric with care. The flats on the second and third floors were combined into a maisonette apartment. In order to expand the small rooms and modify the east-west orientation of the original apartment, all load-bearing walls were removed on the second storey in favour of an open-plan layout with visual connections between the individual areas. All room dividers were designed as furniture-like built-in components that contrast with the old building fabric. The result is a collage-like interplay of contemporary architecture and preserved elements from the turn of the last century.